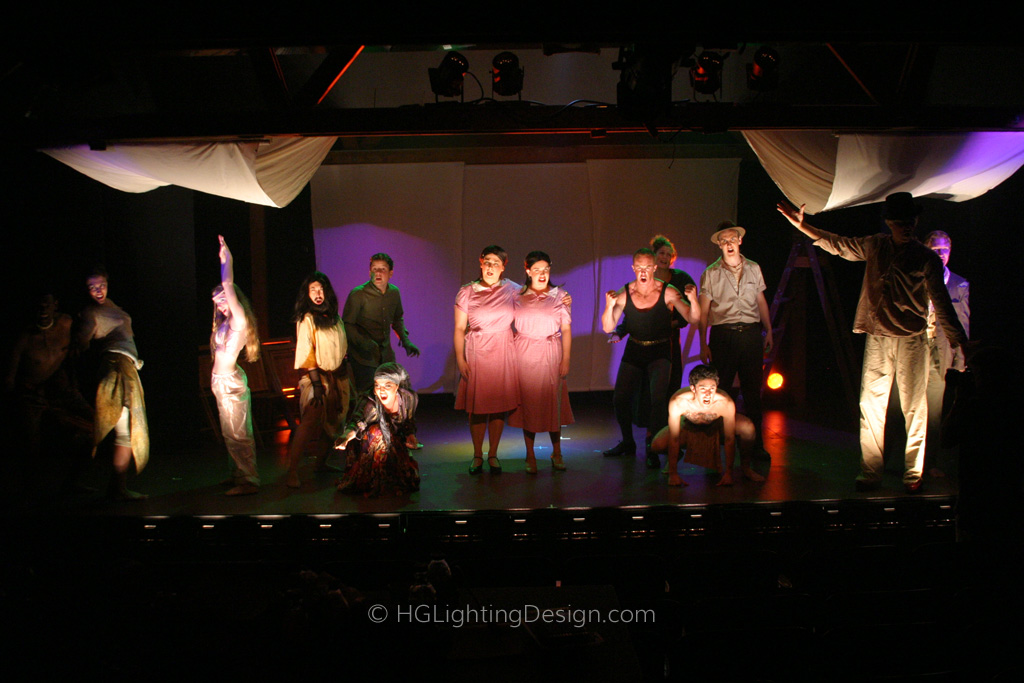 When I first read the script of Side Show I felt it was just an above-average musical with a few solid numbers. After meeting the directing team of Noël Carmichael and Scott Storr, I became more enthusiastic. They were well prepared and had done a lot of research. As I watched the rehearsal process the musical began to grow on me. I began to see the intricacies of the plot and the complexity of the music.

A few weeks before we got into the theater I sat down with the directing team and visually storyboarded the entire look of the show through the use of modern art. We drew our inspiration from Mattisse, Chagall, Caillebotte, and Hopper. These and other artists informed the arc of the production. Often individual scenes were based on specific pieces of artwork.

We decided that the Side Show was always dirty and dark with a grimy dustbowl feel to it. Once Violet and Daisy are thrust into the limelight of the “Real World” They are never given a moment to relax or rest, their environment and relationships are constantly changing. Noël, Scott, and I had the opportunity to really take our time in tech with this show. We spent many late nights getting cues just right and exactly the way we wanted them to look. There was a lot of subtle revelation of form and many intentional shadows. Part of the show was based on the Hilton sisters black and white film “Freaks” that showed real circus freaks and portrayed them as always lurking in the shadows protecting the twins. We emulated this through the use of texture, staging, and selective visibility. This approach often forced the cast into very specific blocking and tight acting areas. Special thanks and credit must go to Kate Pazakis and Trish LaRose for being able to hit their marks while being joined at he hip. 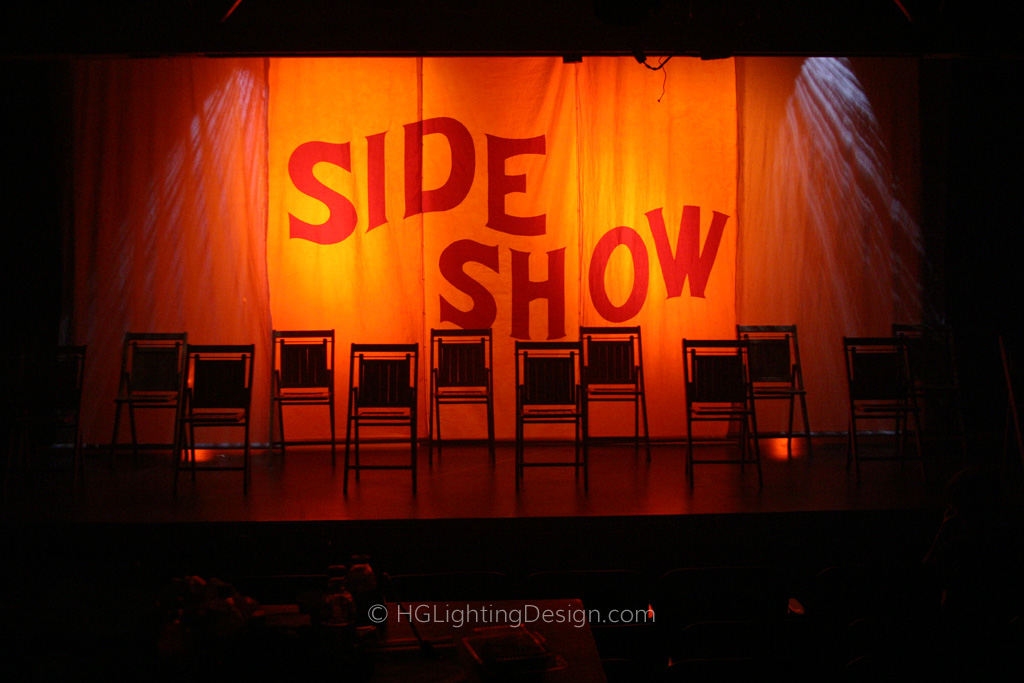 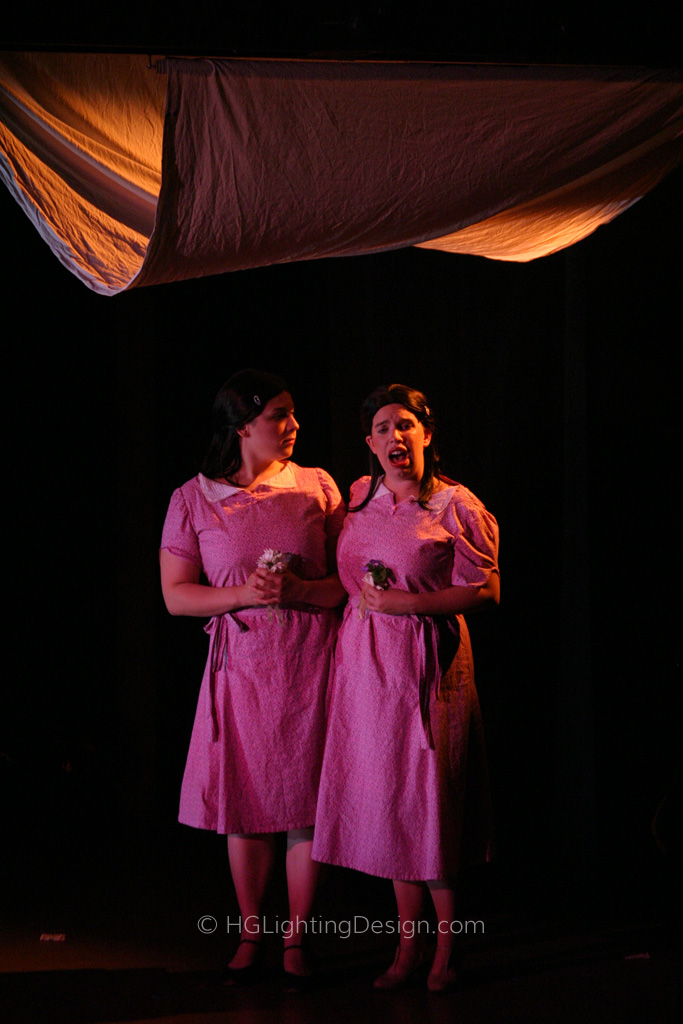 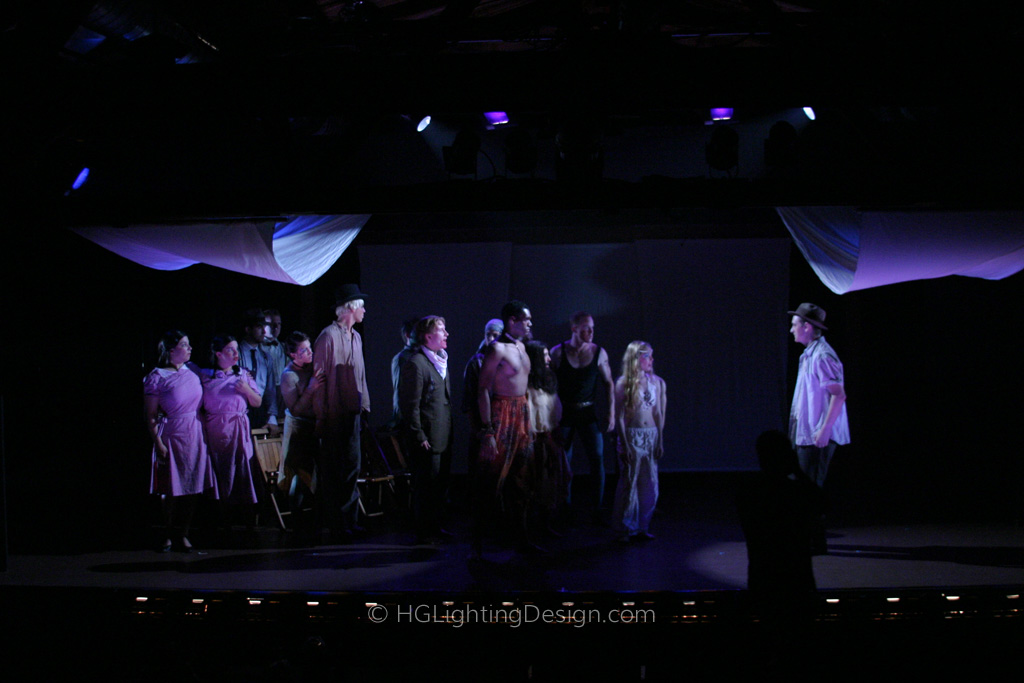 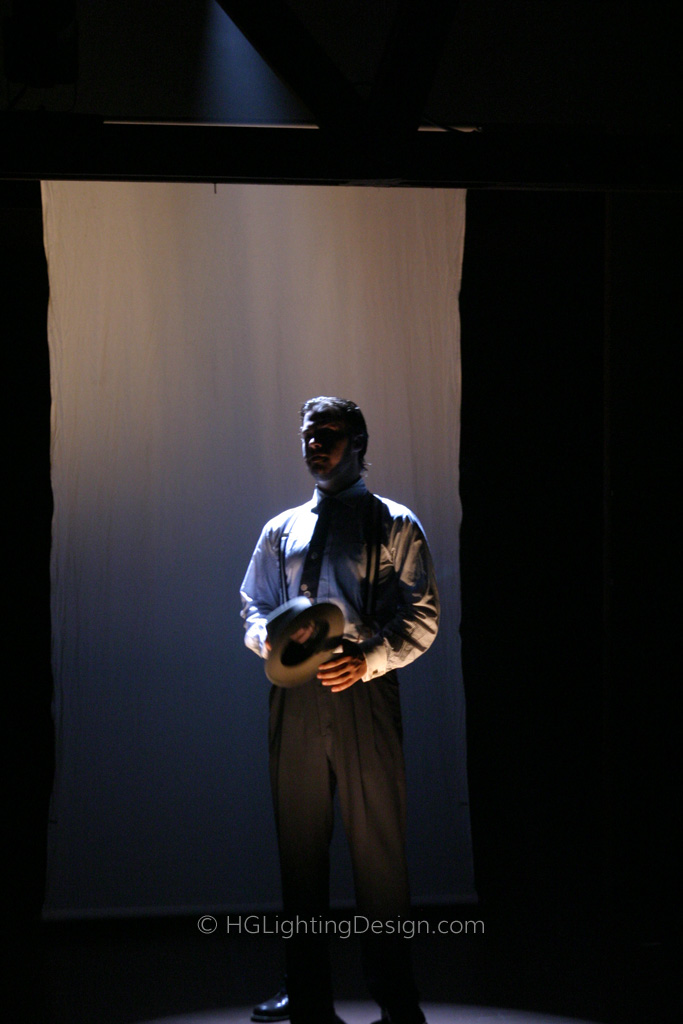 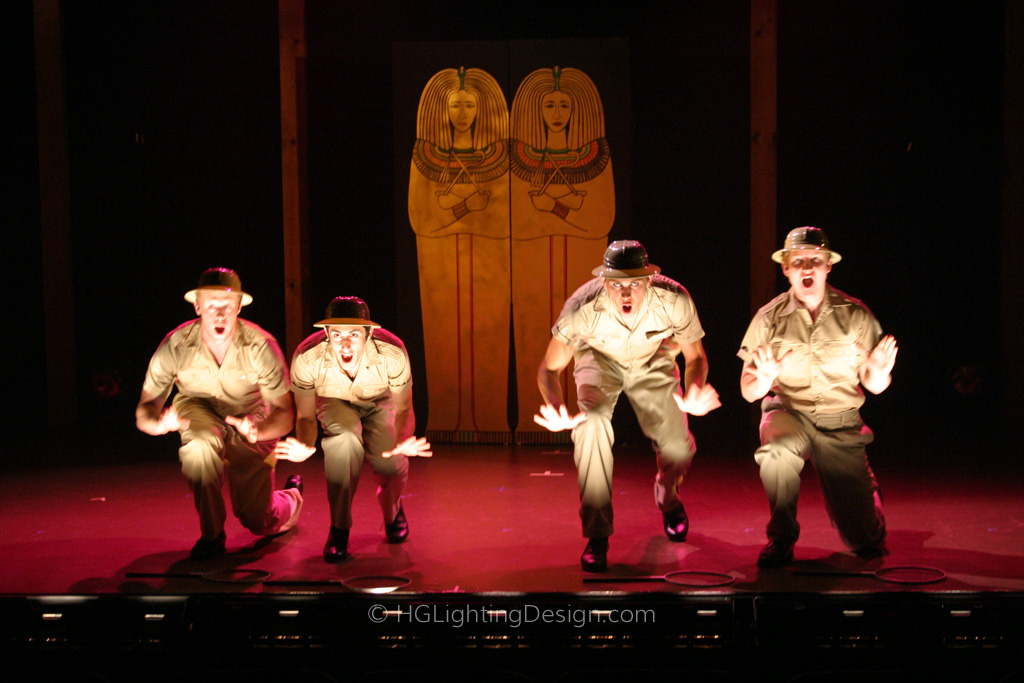 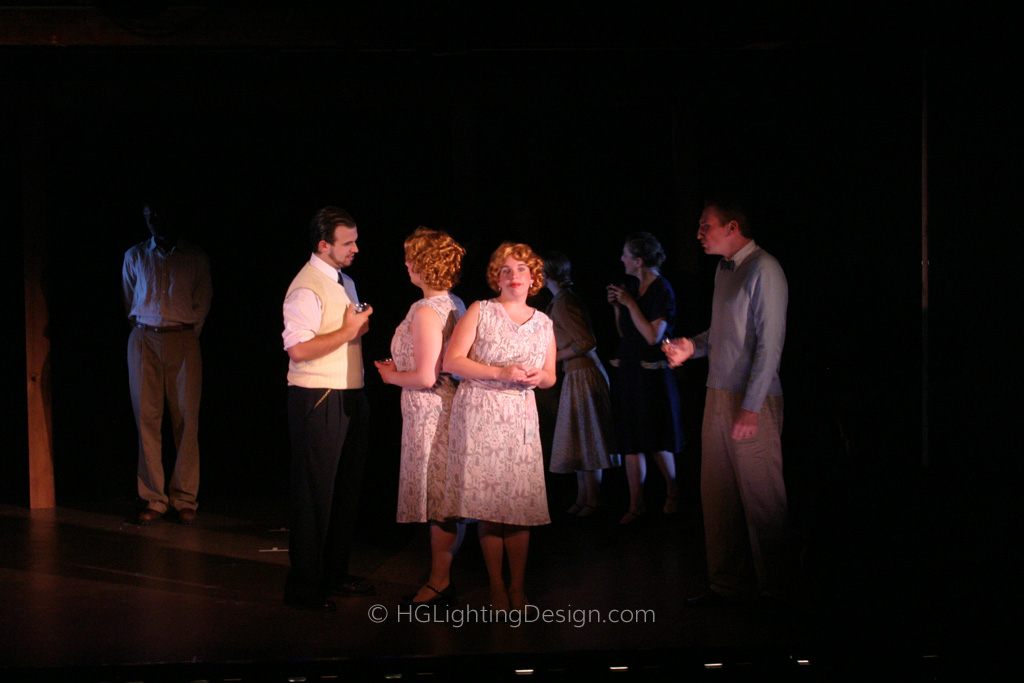 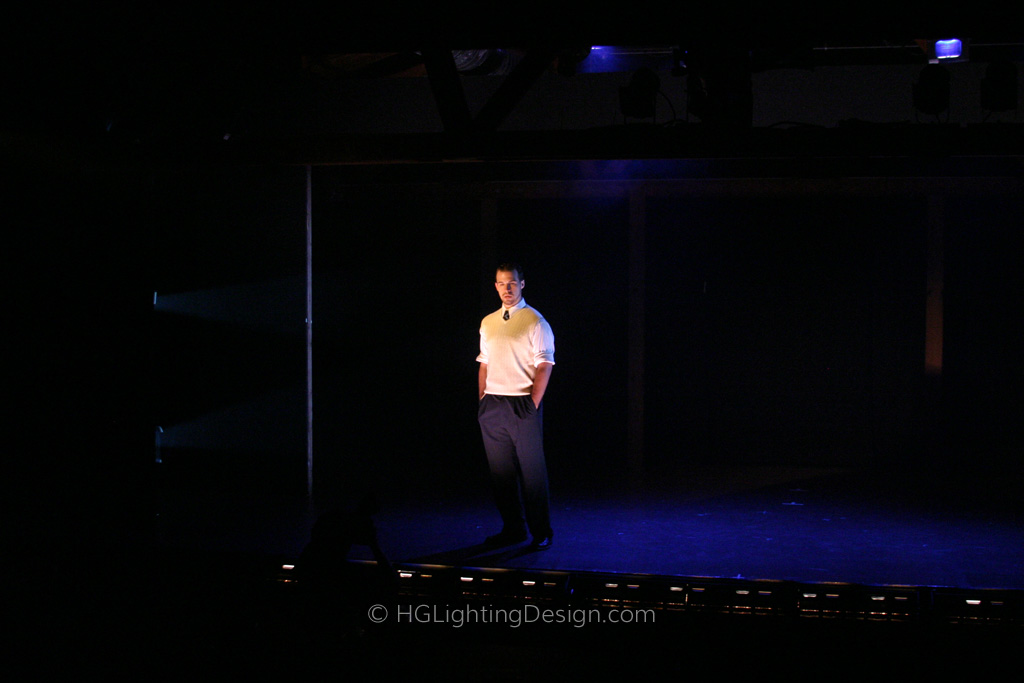 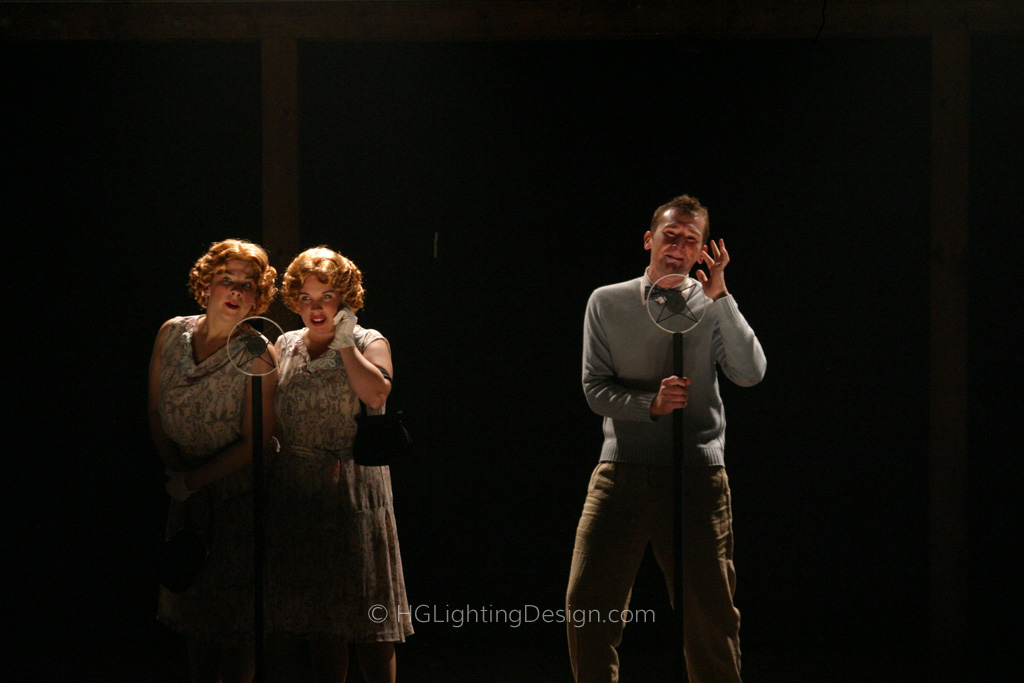 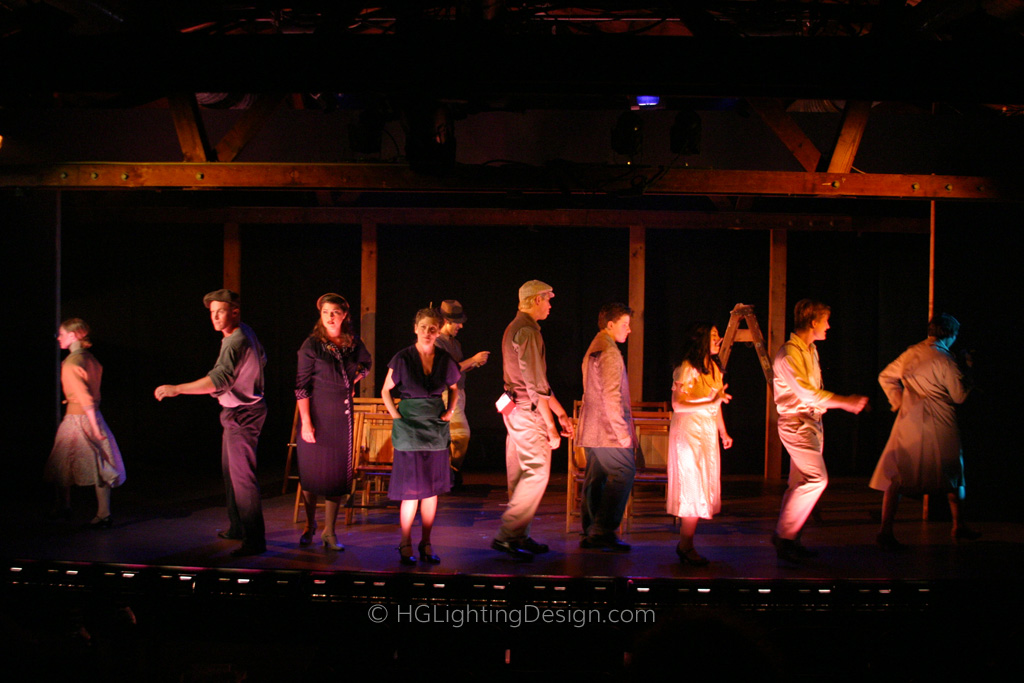