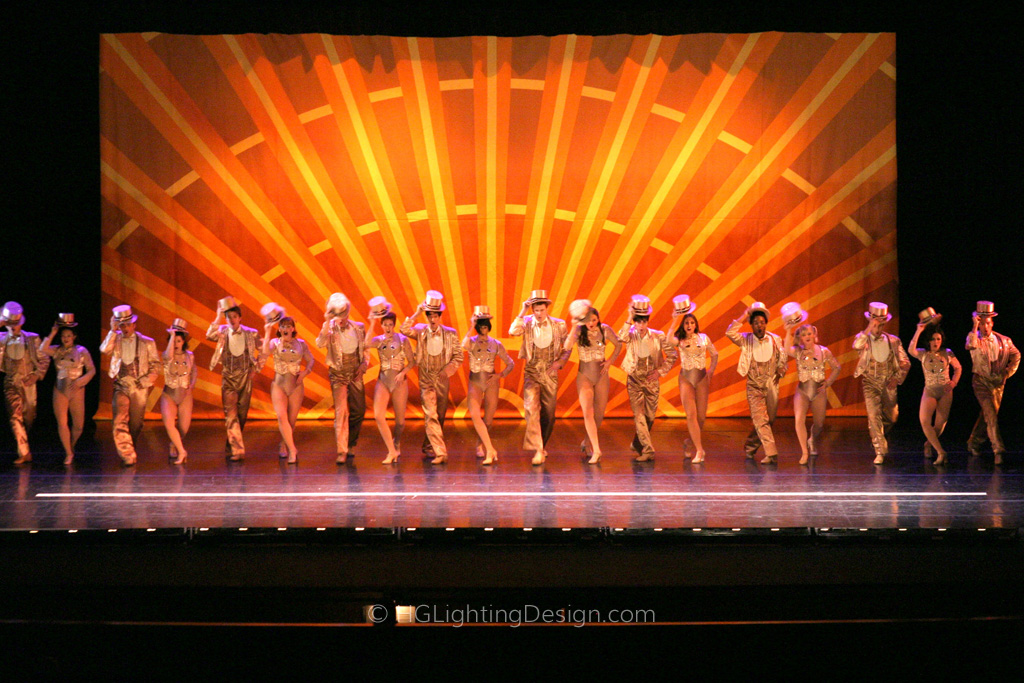 This tour of A Chorus Line started in El Paso, Texas and toured to Honolulu and Maui.

This production was directed by Mitzi Hamilton and had a wonderful young cast. We recreated this production as closely as possible to the original.

While I was aware of how Tharon Musser’s original design looked and felt, I intentionally strayed away from some of the major design elements that were inherently hers. As a designer I feel it is important to create your own work and not to duplicate the vision of others who have gone before you.

Designing A Chorus Line gives you a healthy appreciation for mirrors. I dreaded the mirrors at first but then I began to play with them. I discovered that when you time it just right, backlight acts as front light and vice versa. This leads to some beautiful moments with the entire line facing upstage “backlit” but the raked audience can see their faces while their backs, that face the audience, are dark.

I would like to extend my apppreciation to the staff and crews of The Magoffin Center @ UTEP, The Hawaii Theater in Honolulu, and The Maui Perfoming Arts Center, and to my associate Susan Nicholson for all of their hard work. 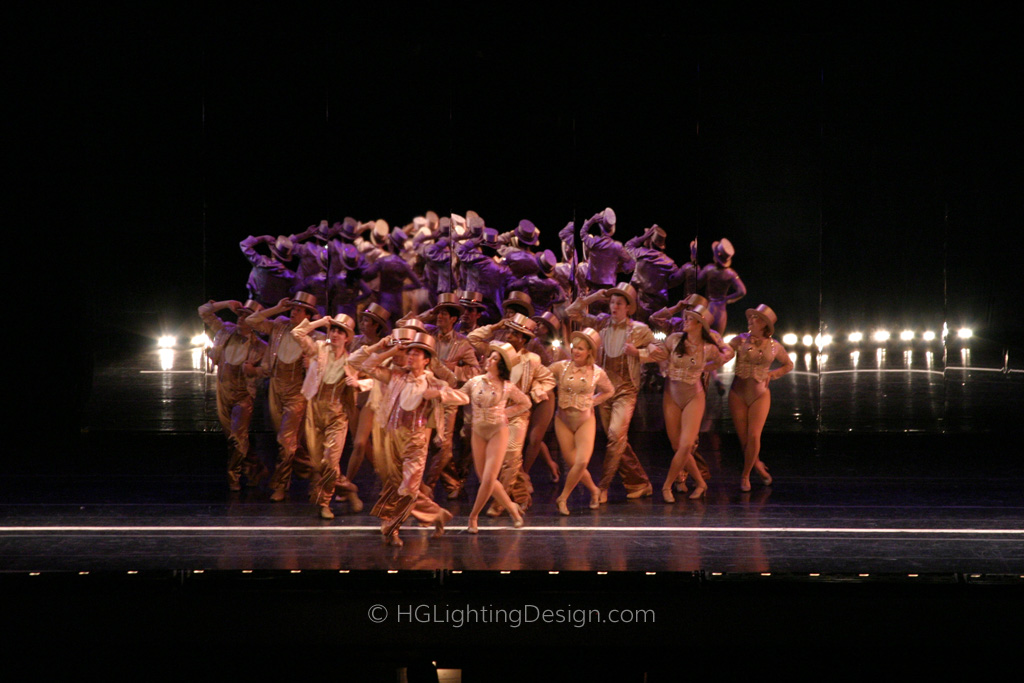 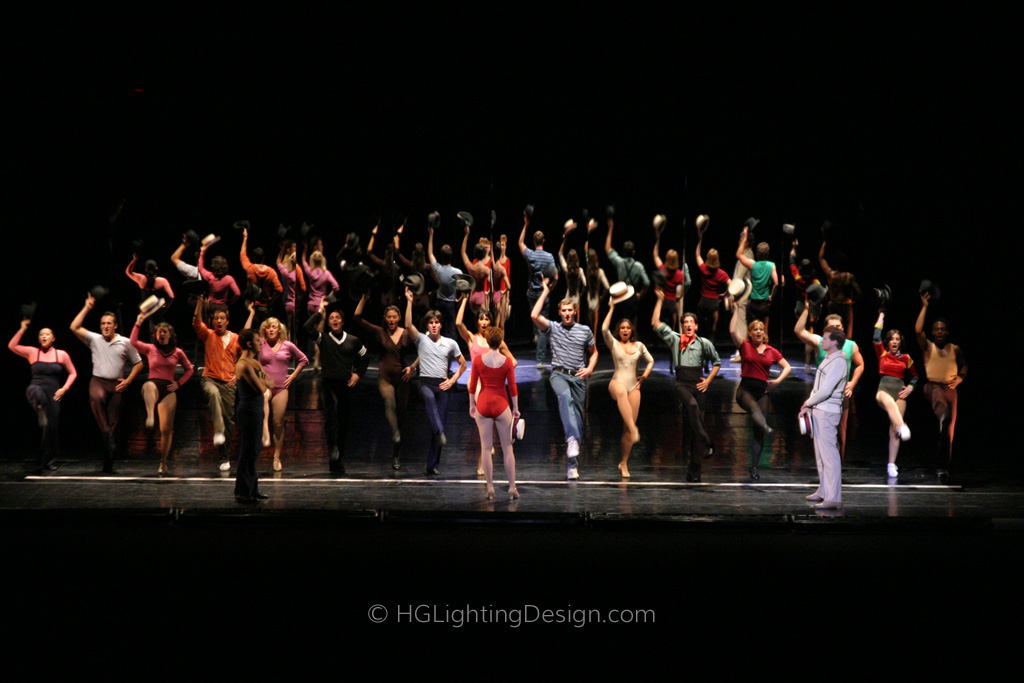 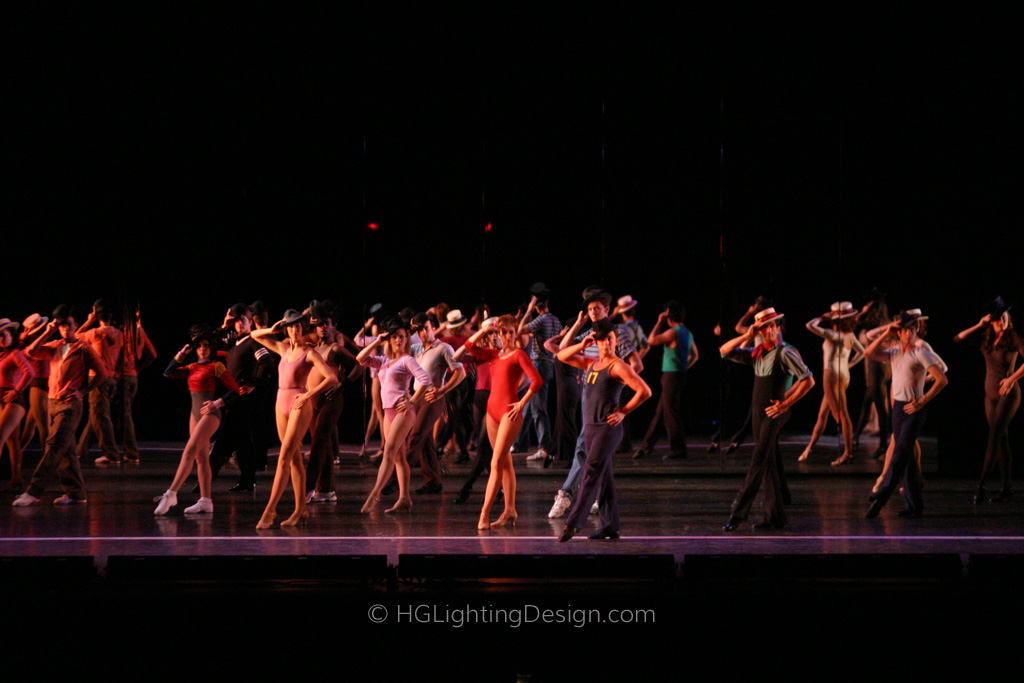 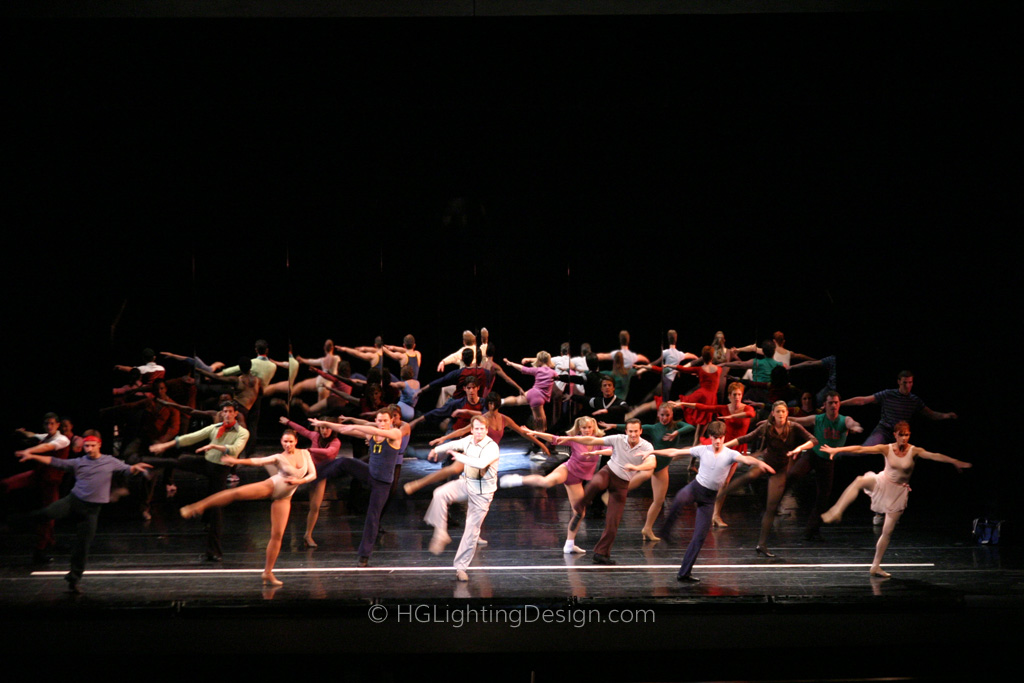 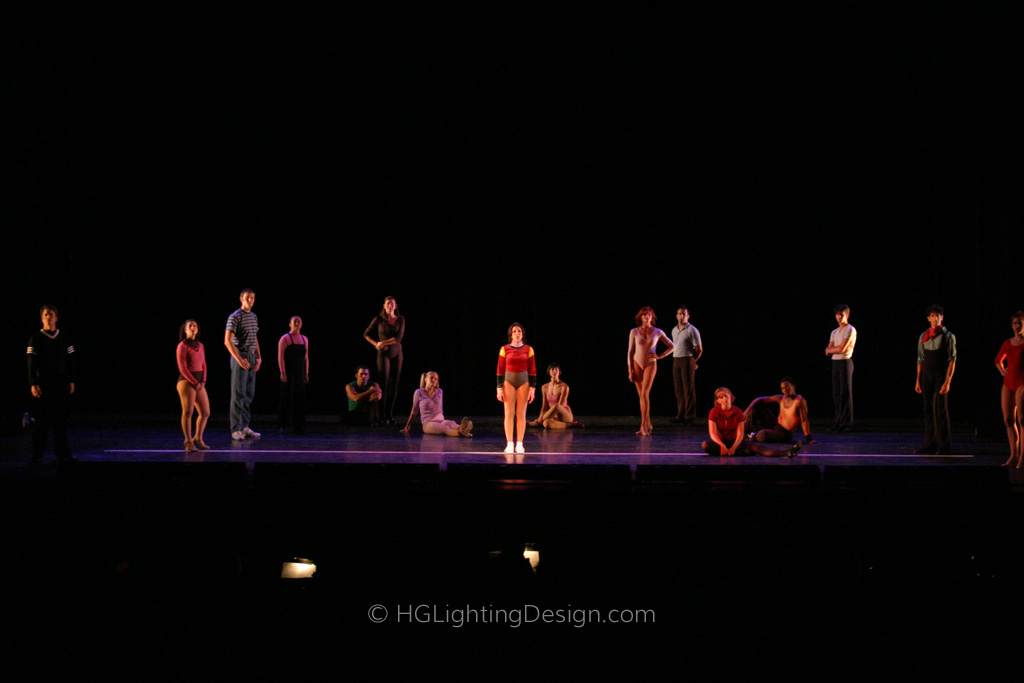 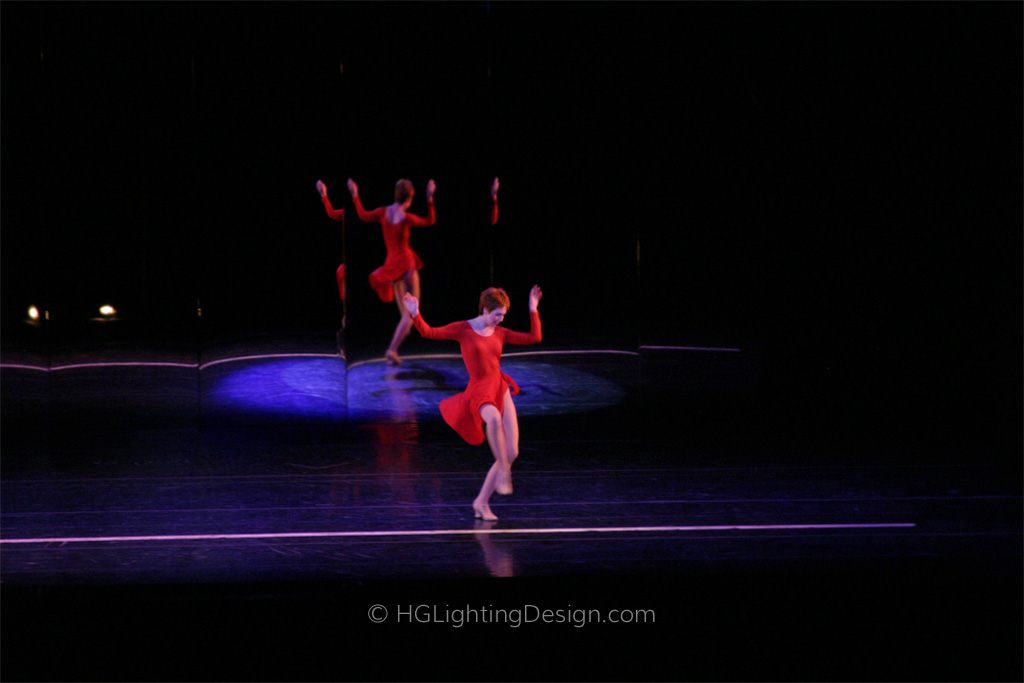 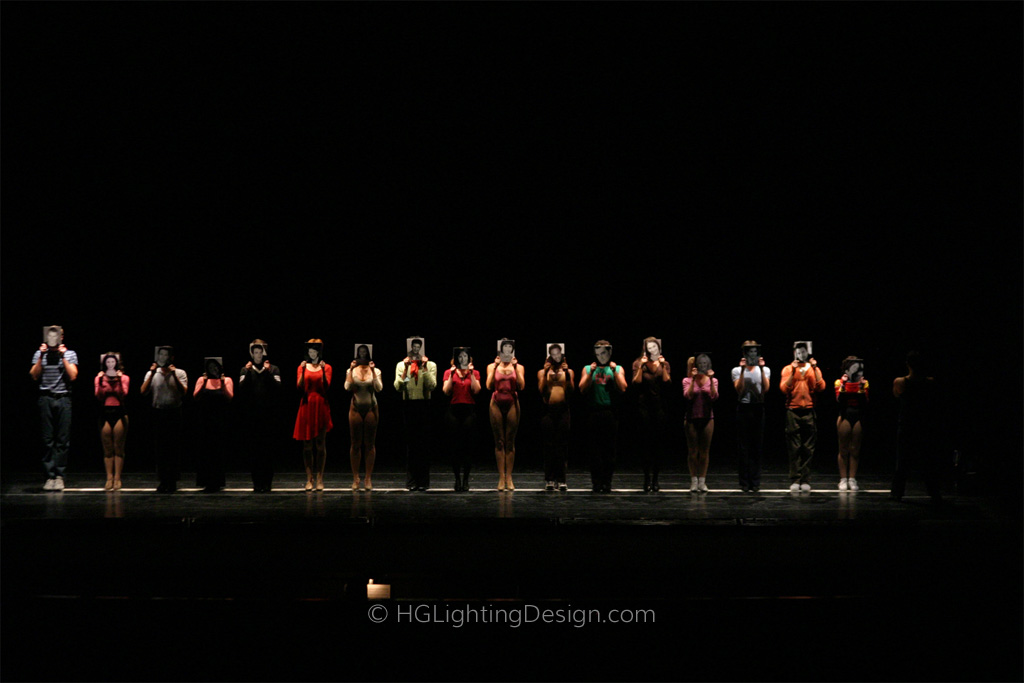 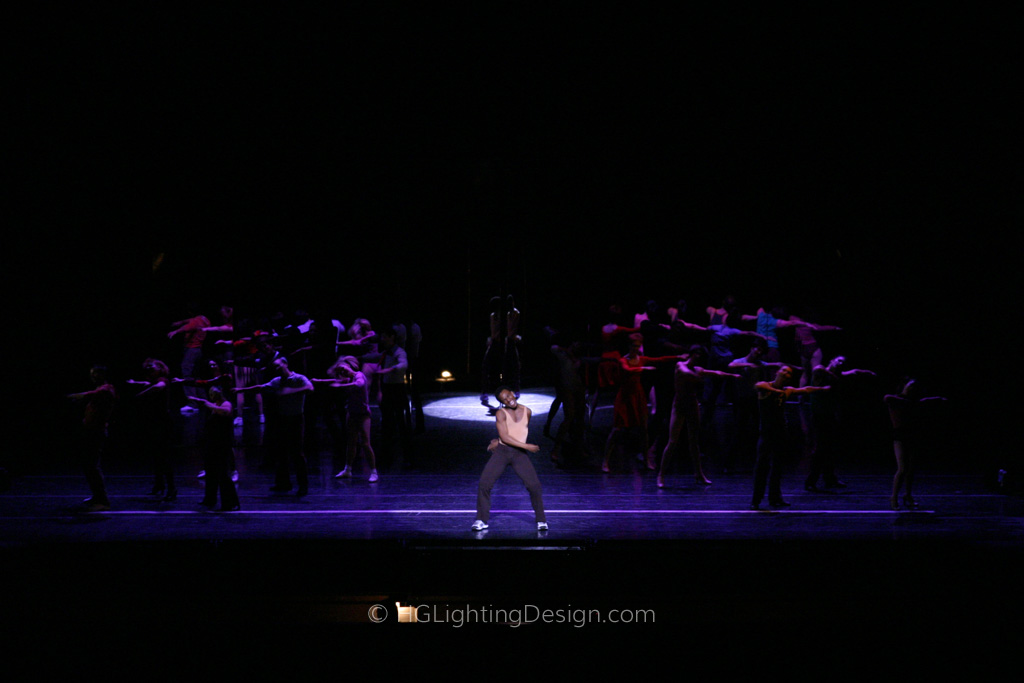 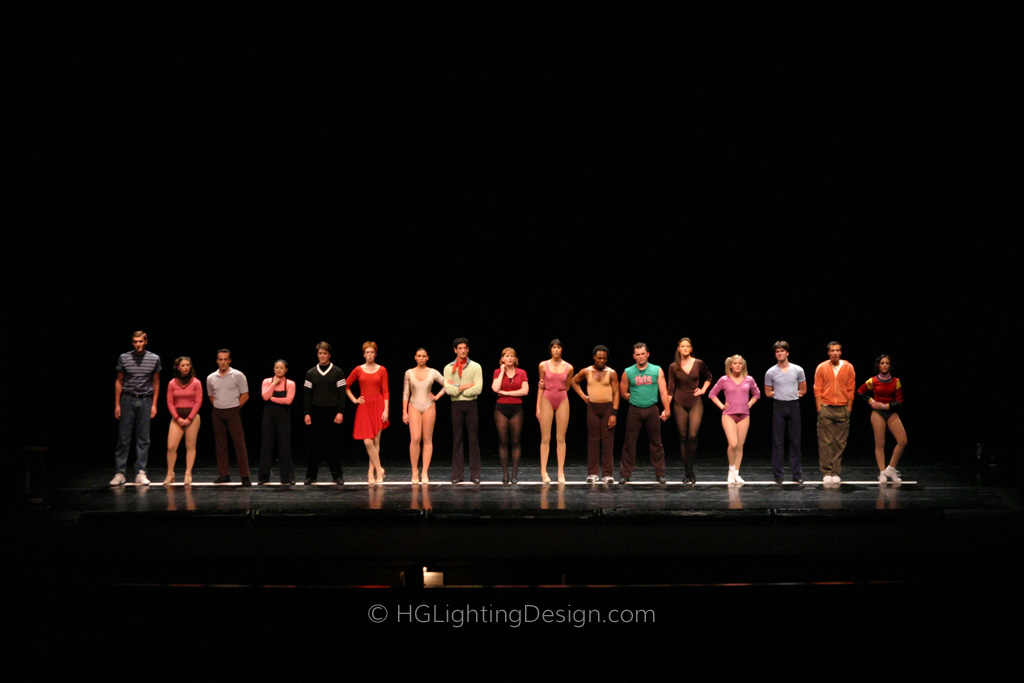 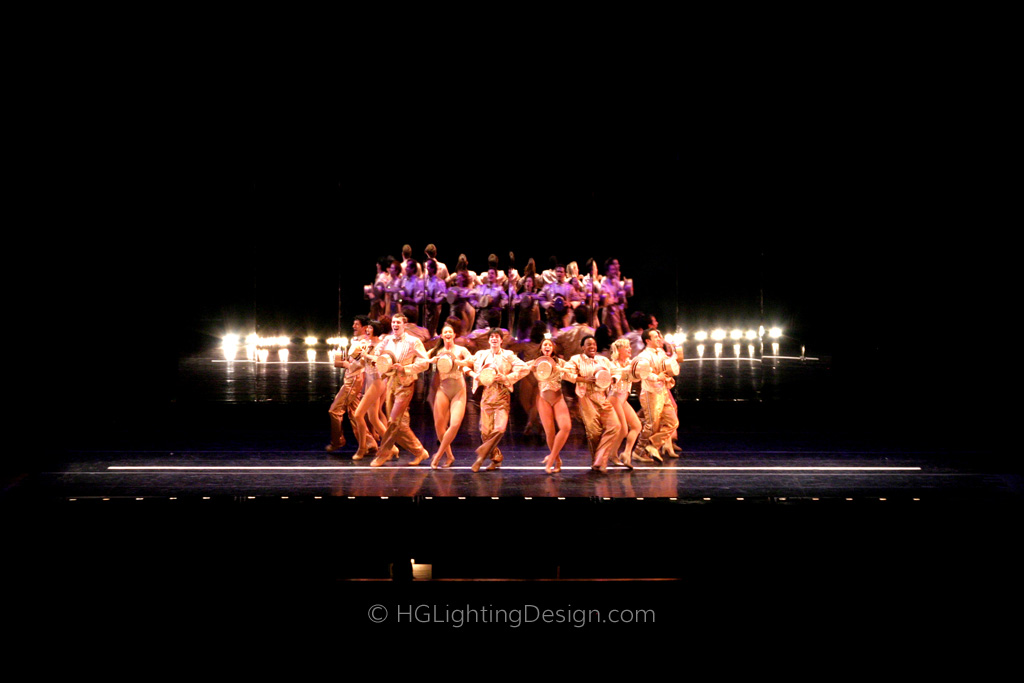