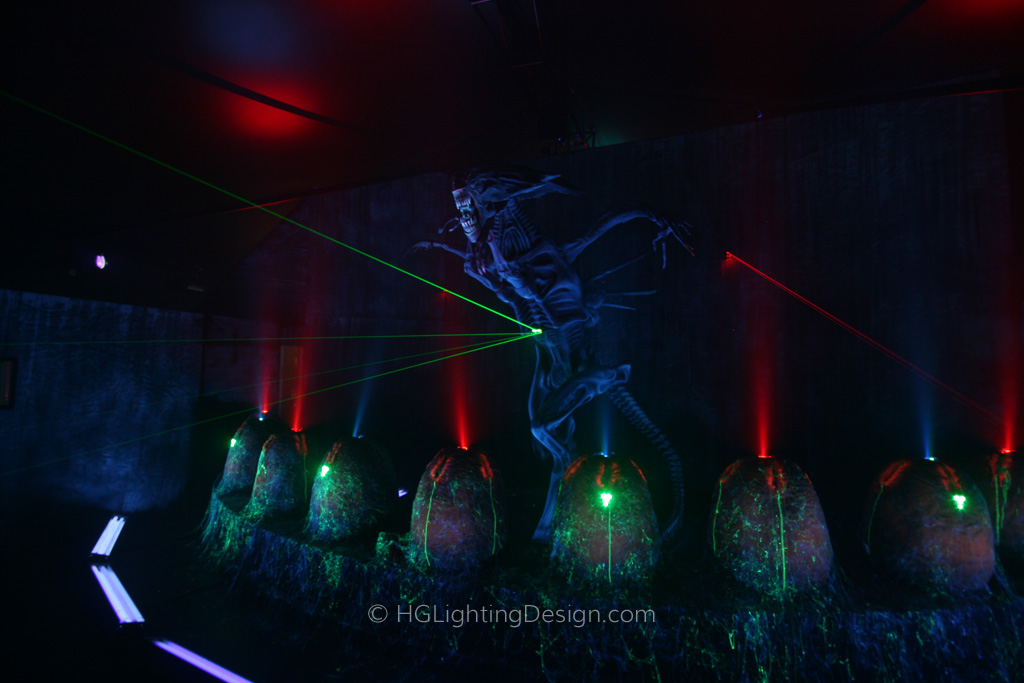 AVPX at Dreamworld in Brisbane is the world’s hottest laser tag attraction. This theme park attraction is covered in strobes and UV fixtures with tons of fog machines and LED lights and sensors. Teams battle it out in the stuttering strobe lit darkness of Ridley Scott’s Alien ship and the world of Predator. Created for the Sudden Impact Entertainment company the attraction is controlled by several servers that link to the Laser guns of the players. Teams shift and loyalties change as the themed attraction shifts towards the final battle with the Alien Queen. 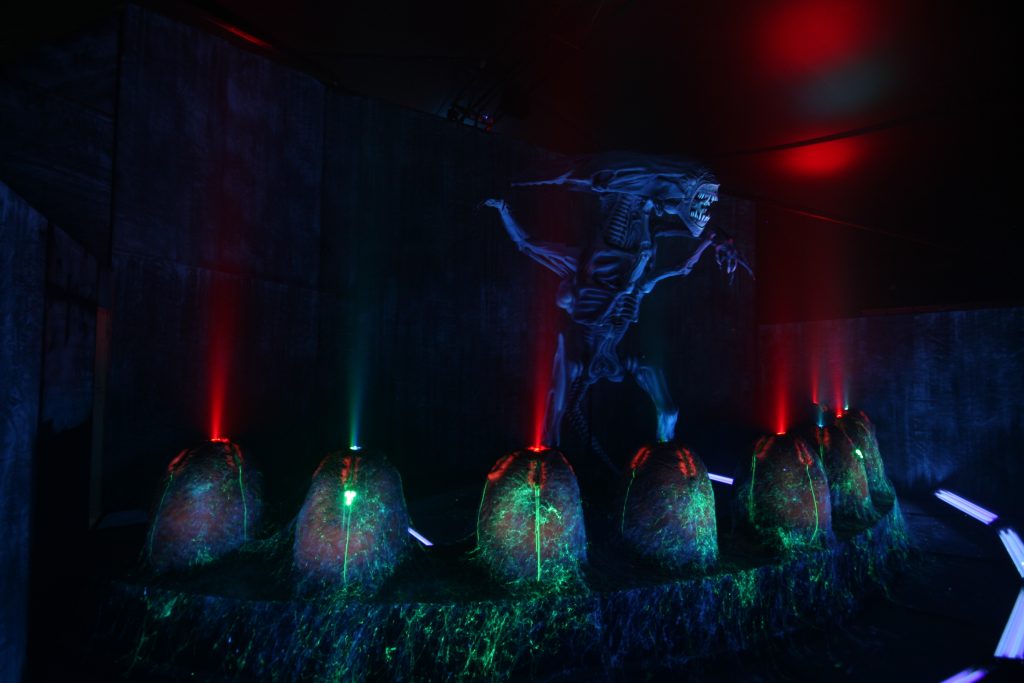 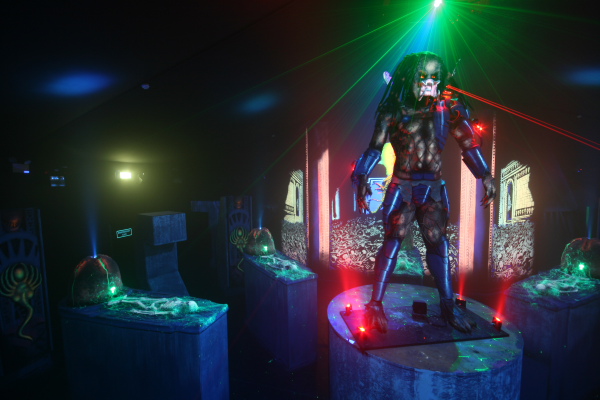 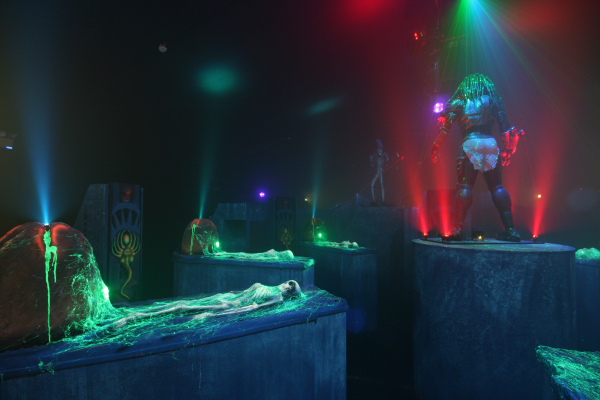