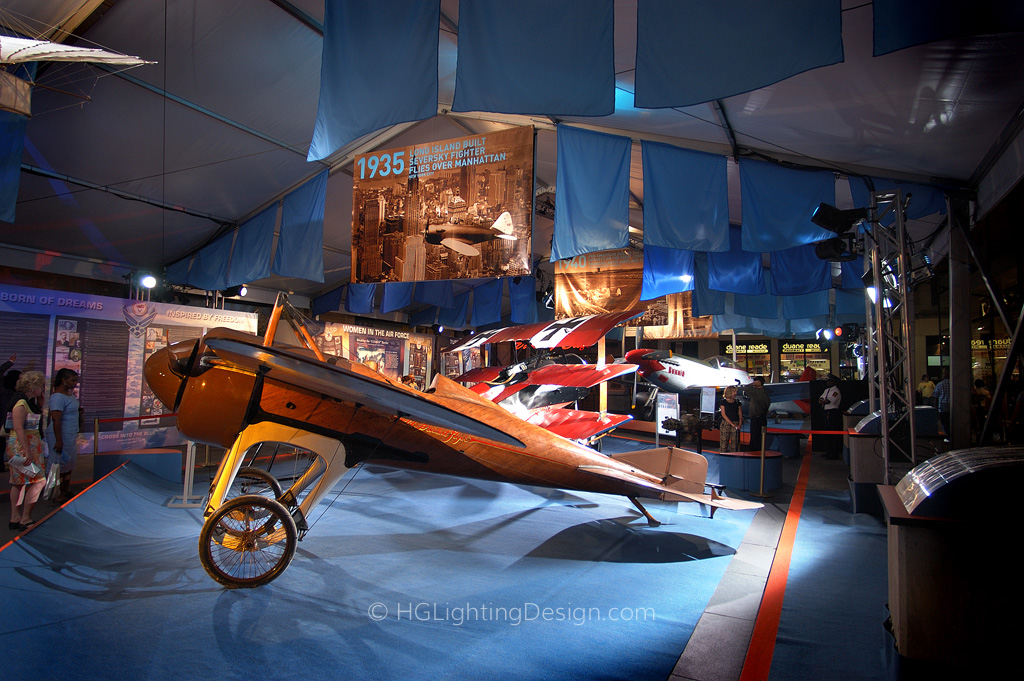 The centennial of flight was commemorated at Rockefeller Center. The displays featured a Mercury Rocket, an F-16, Predator drones, and scale models of the space shuttle and various other planes, all installed on the three concourses of Rockefeller Center. HGLD was contracted to light these elements. We specifically designed the tent in front of the Today Show so that the hosts and anchors could do remote shots from inside the tent and be ready-lit for television. At night the rockets and planes all lit up with Rockefeller Center as a background were simply beautiful. 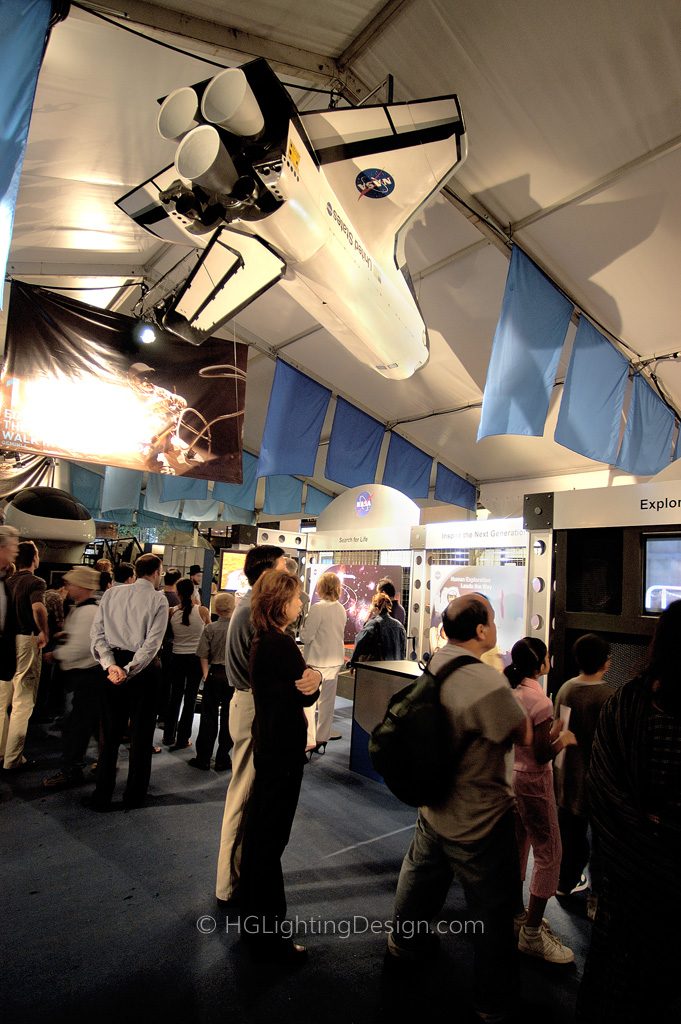 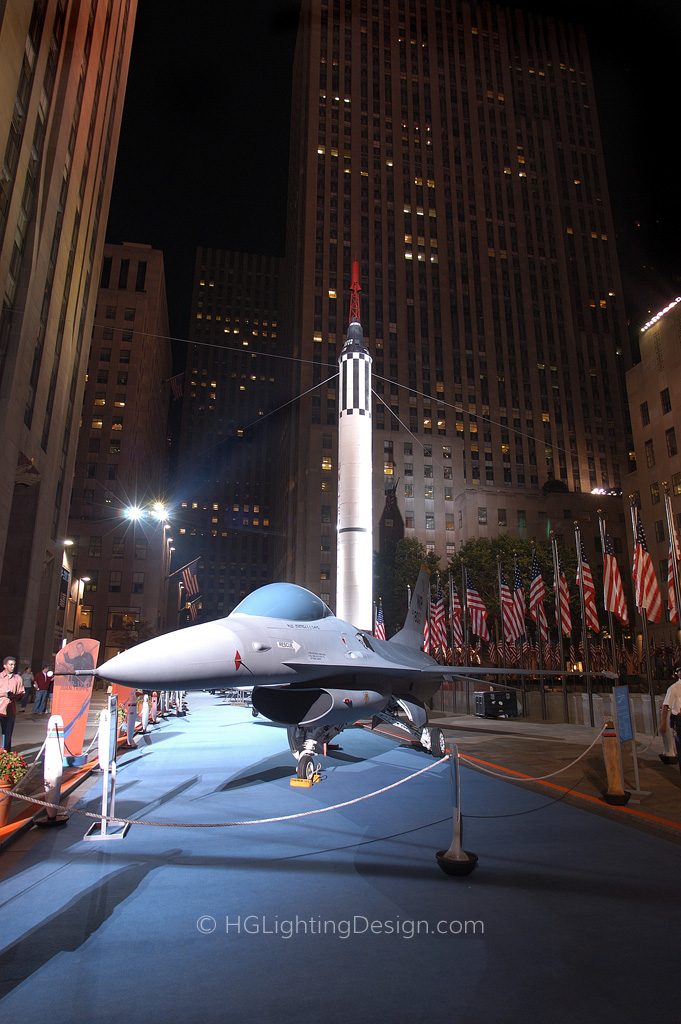 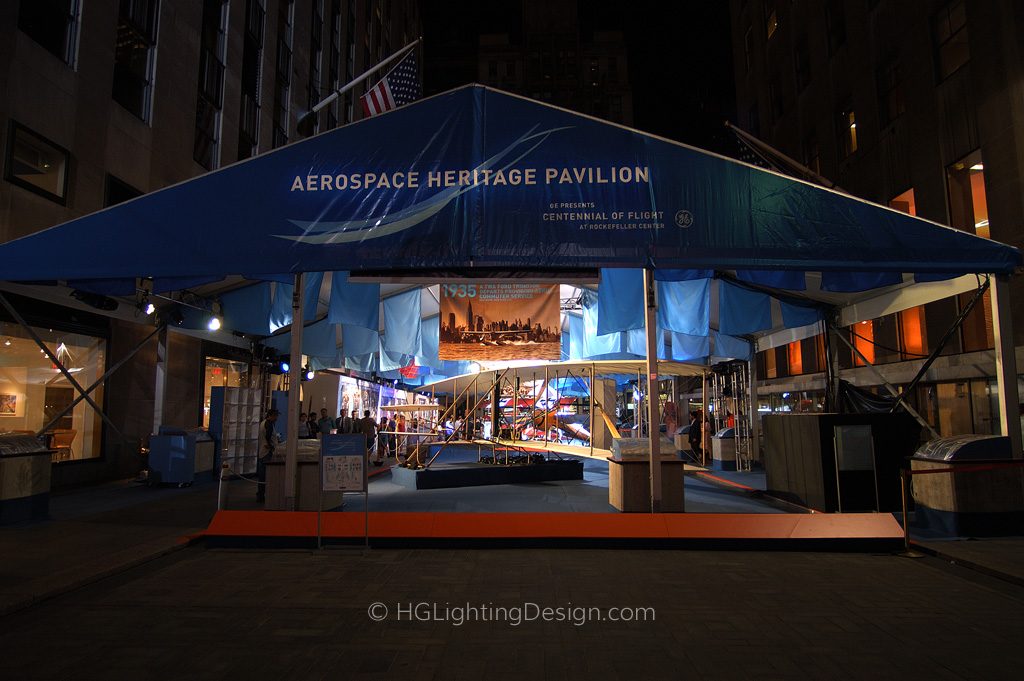 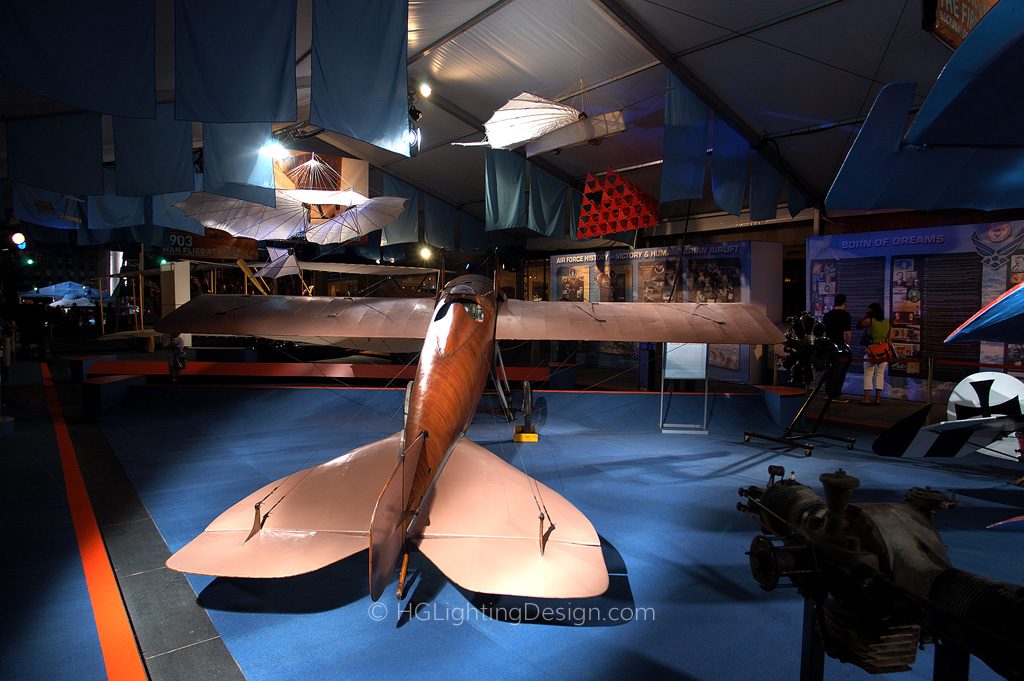 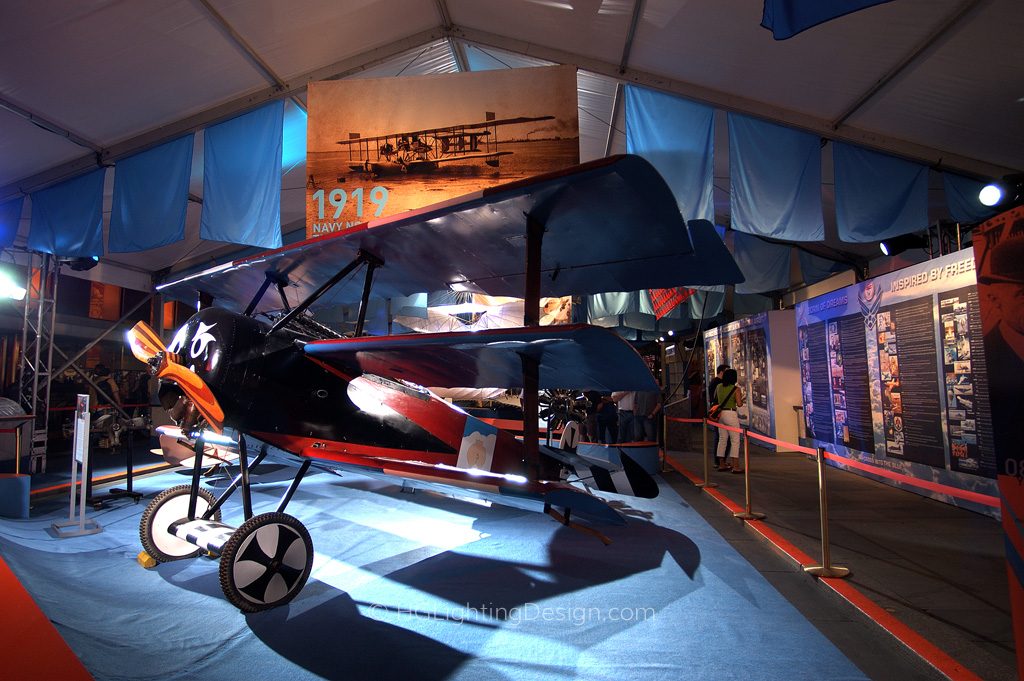 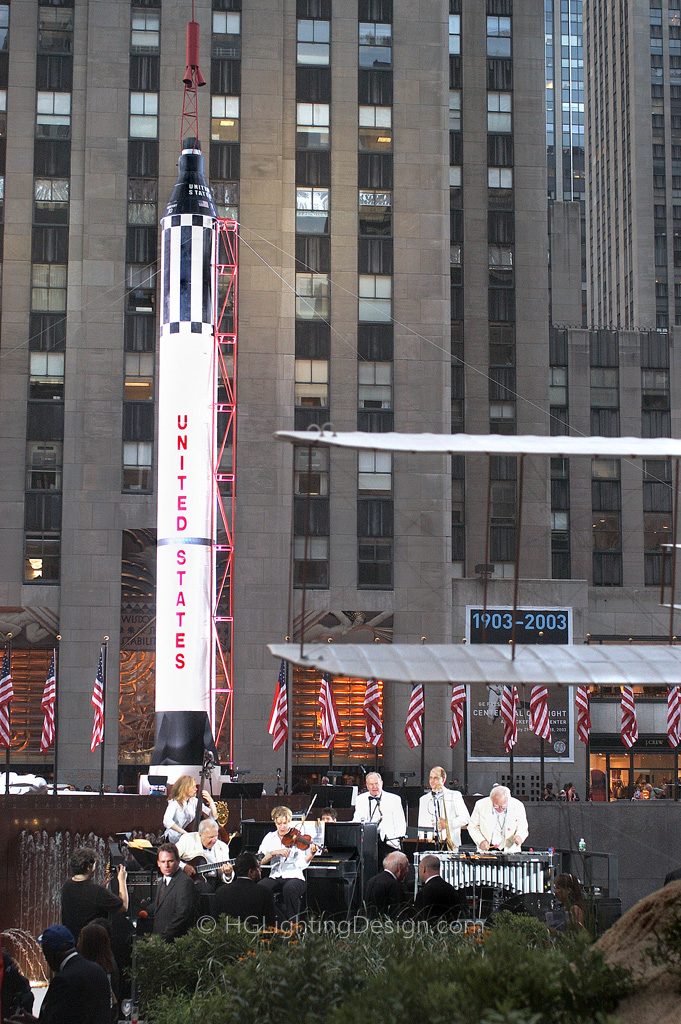 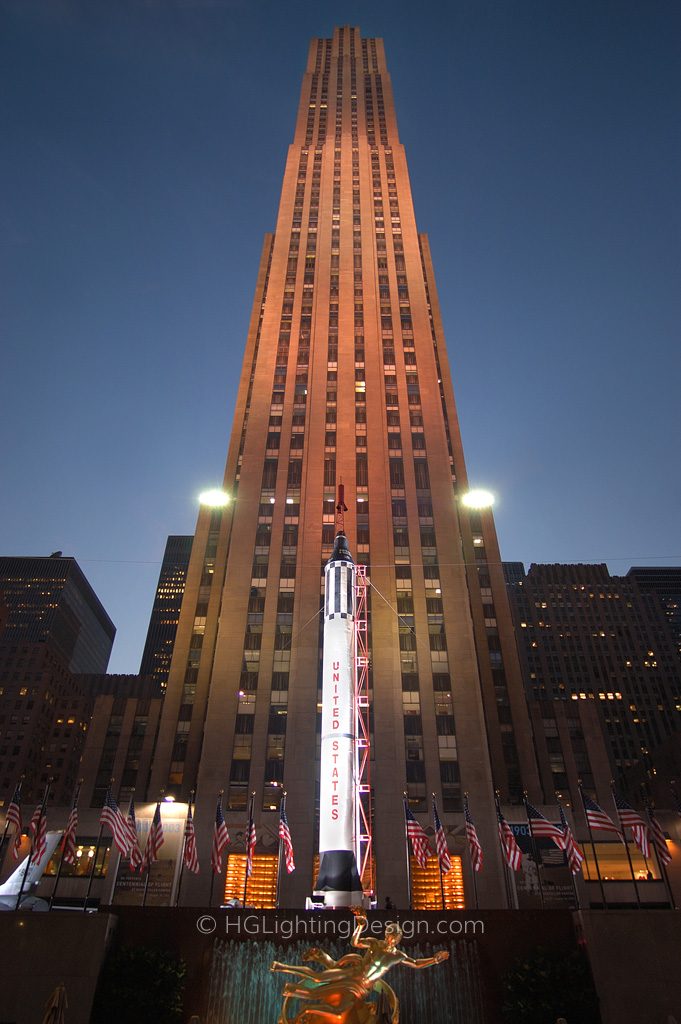 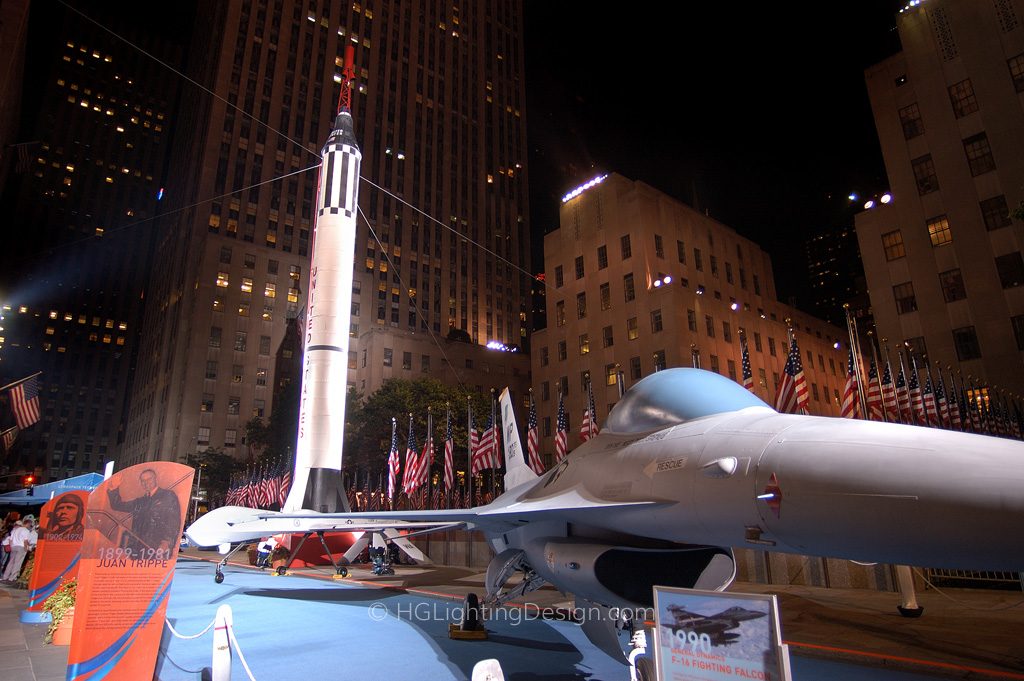 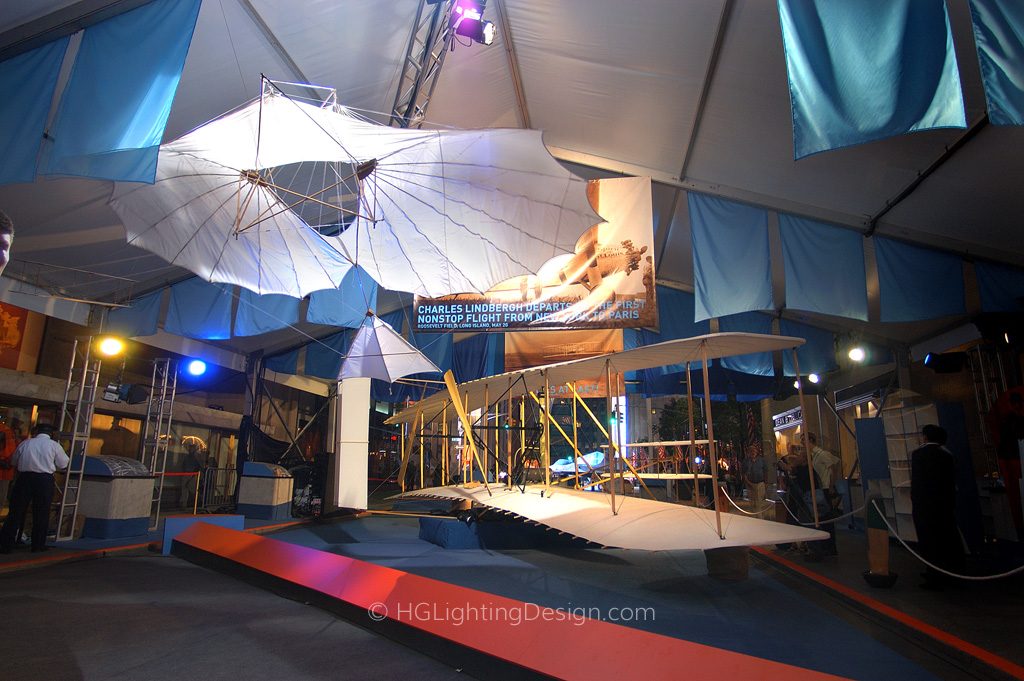 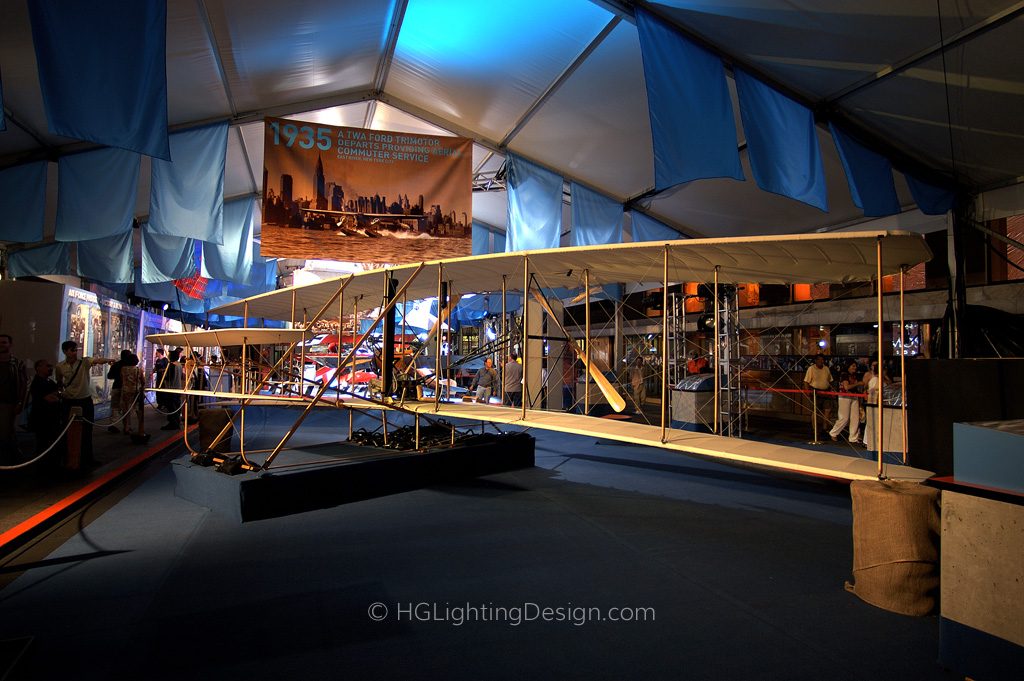