From Tennessee Williams’ production notes for The Glass Menagerie: “The Lighting: The lighting in the play is not realistic. In keeping with the atmosphere of memory, the stage is dim. Shafts of light are focused on selected areas or actors, sometimes in contradistinction to what is the apparent center. For instance, in the quarrel scene between Tom and Amanda, in which Laura has no active part, the clearest pool of light is on her figure. This is also true of the supper scene, when her silent figure on the sofa should remain the visual center. The light upon Laura should be distinct from the others, having a peculiar pristine clarity such as light used in early religious portraits of female saints or Madonnas. A certain correspondence to light in religious paintings such as El Greco’s, where the figures are radiant in atmosphere that is relatively dusky, could be effectively used throughout the play. A free, Imaginative use of light can be of enormous value in giving a mobile, plastic quality to plays of a more or less static nature”

“I have tricks in my pocket, I have things up my sleeve. But I am the opposite of a stage magician. He gives you illusion that has the appearance of truth. I give you truth in the pleasant disguise of illusion.”

These are the words that Tom speaks to open The Glass Menagerie, one of my favorite plays by my favorite playwright. When Cape Rep Theater told me they were producing this play I jumped at the opportunity to design it.

Bill Roudebush directed The Glass Menagerie with brilliance and style. He was unafraid to allow me to play with the design and to attempt to achieve exactly what Williams desired. We decided to incorporate an “opera spot” from upstage left to highlight Laura and Amanda as they drift off in their own worlds, specifically for Amanda’s jonquils speech and for Laura’s daydreams with her menagerie. We enhanced Tom’s magical abilities by giving him apparent control over the lighting that revealed various scenes and moments of the play.

I would also like to thank Cape Rep Artistic Director Janine Perry for her unquestioning faith in her creative team. 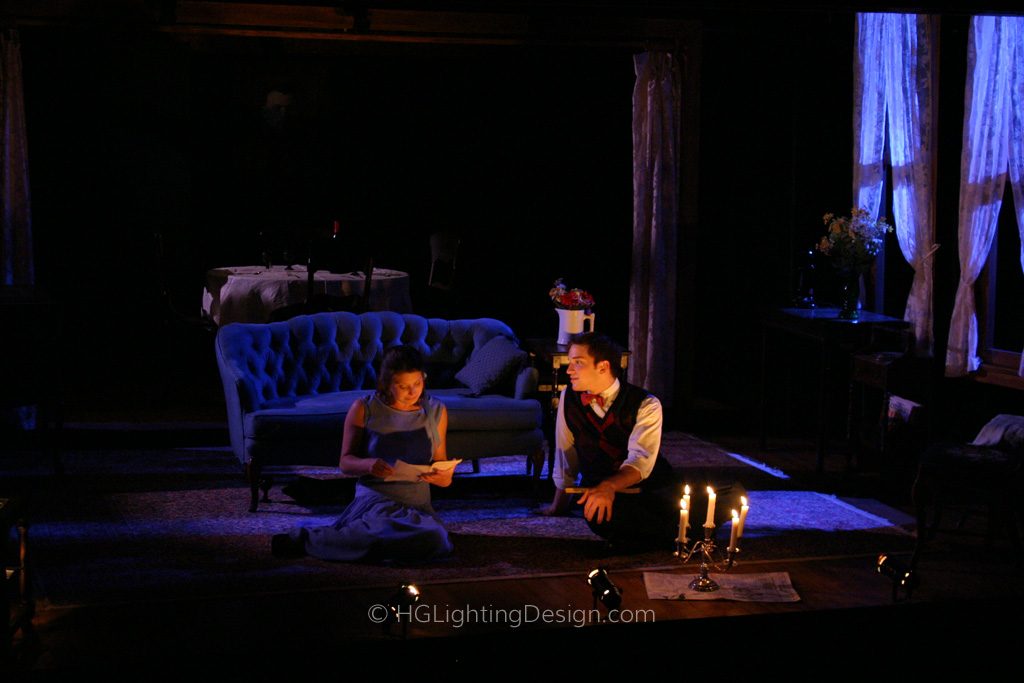 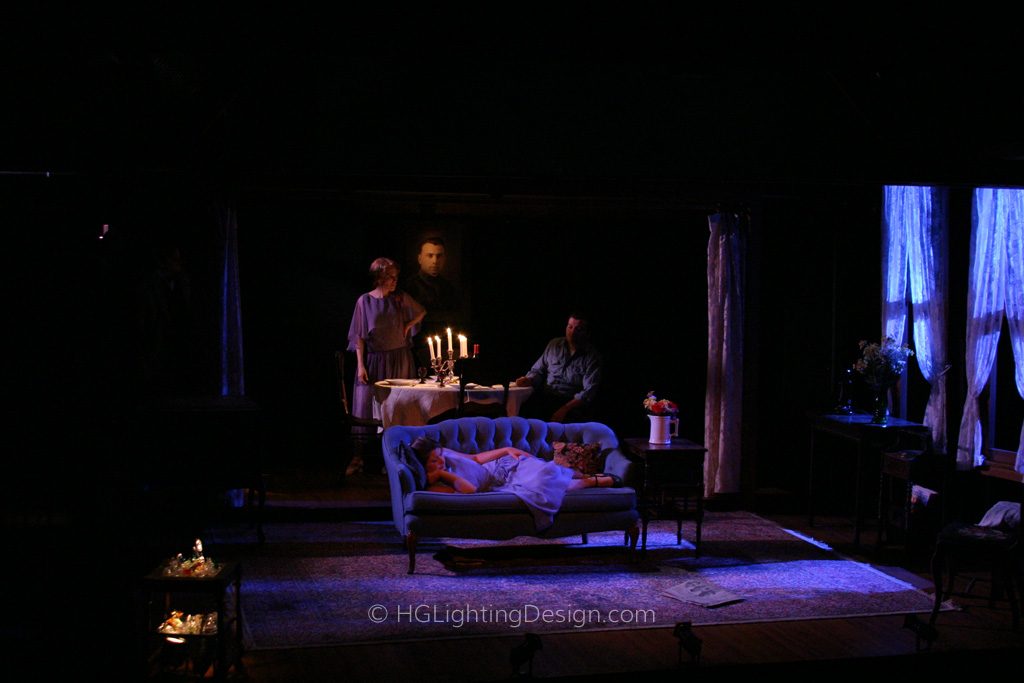 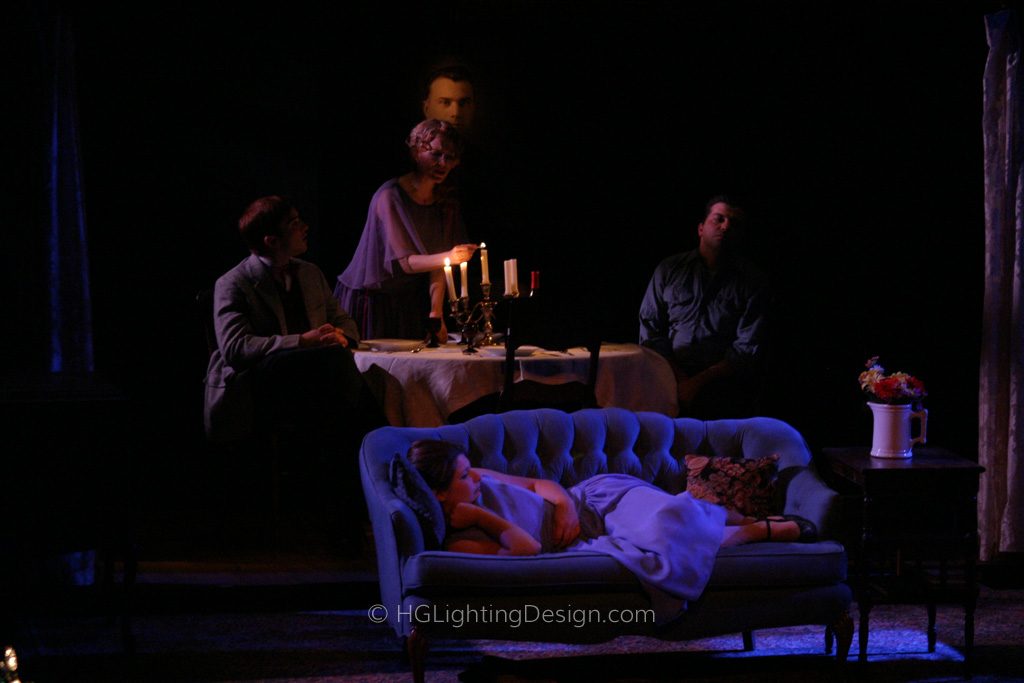 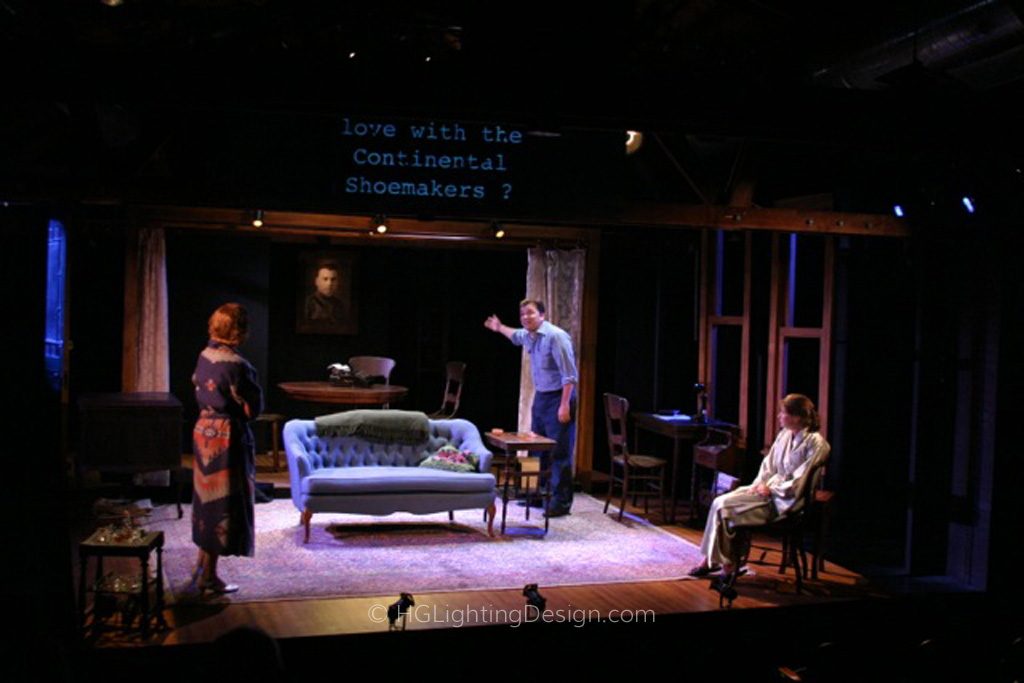 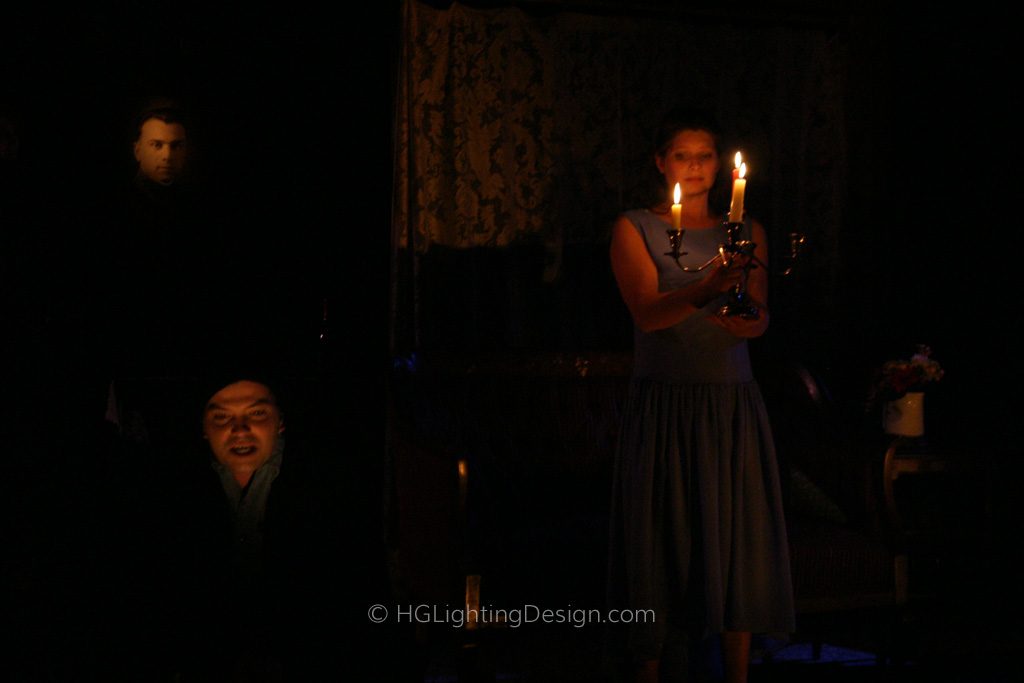 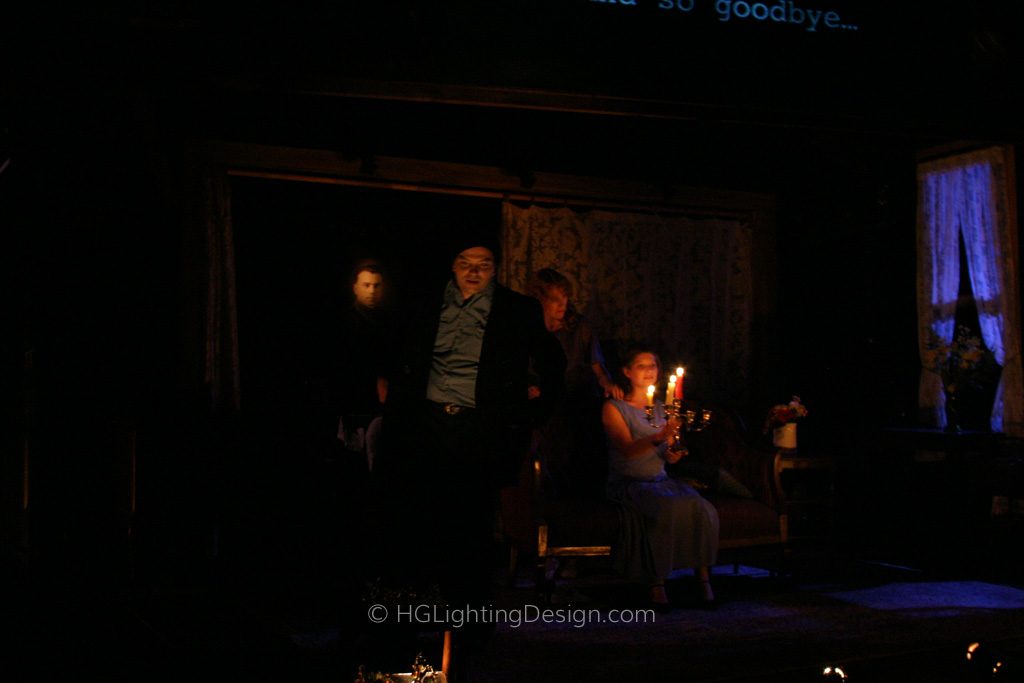 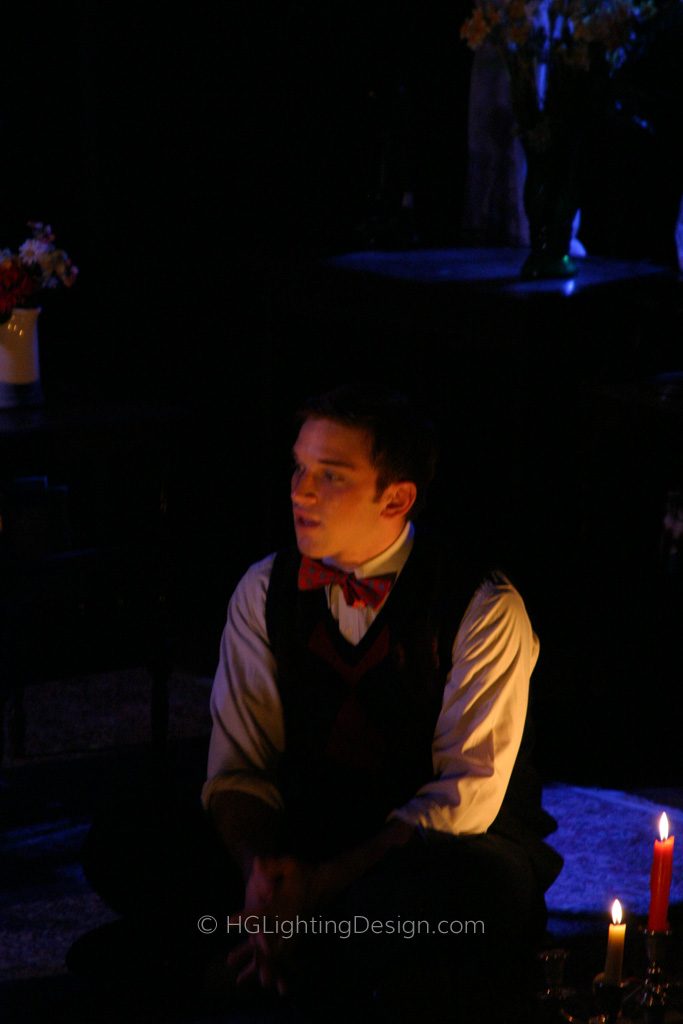 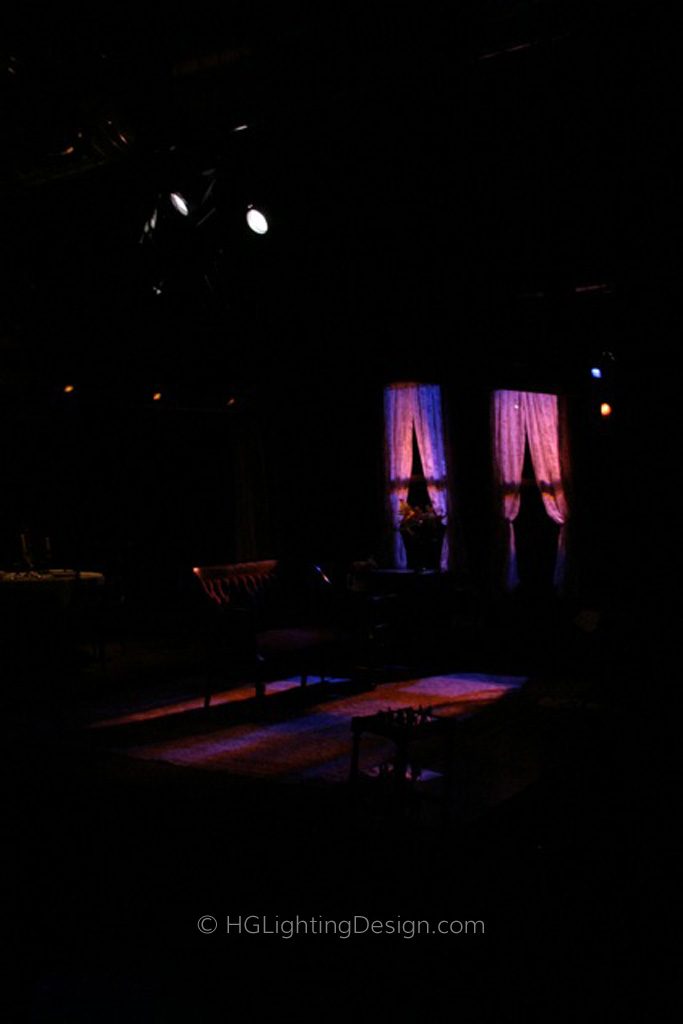 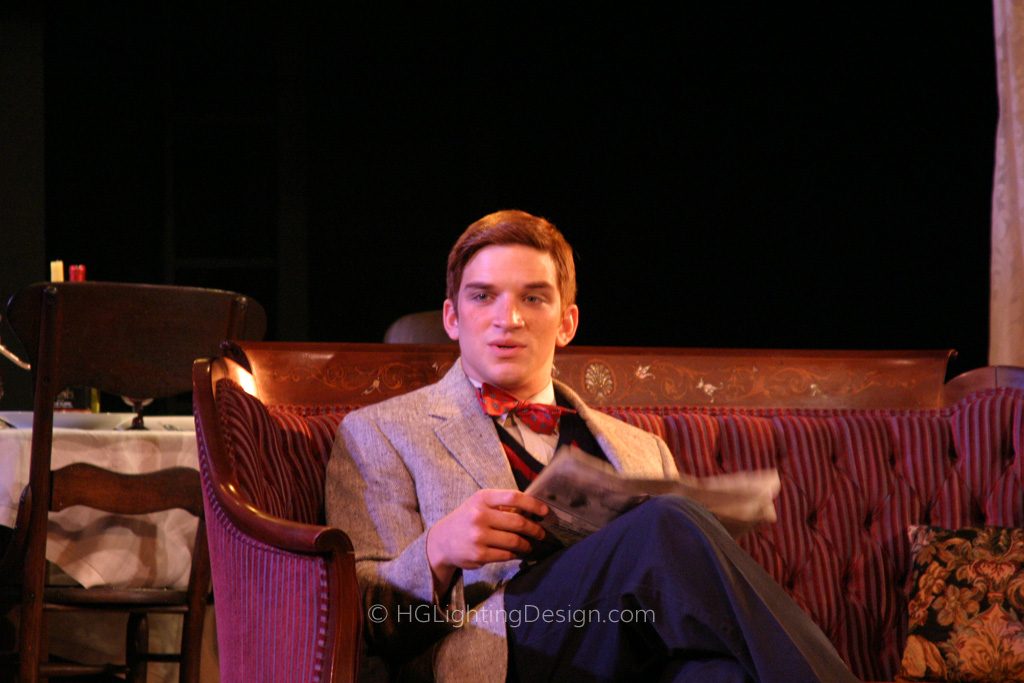 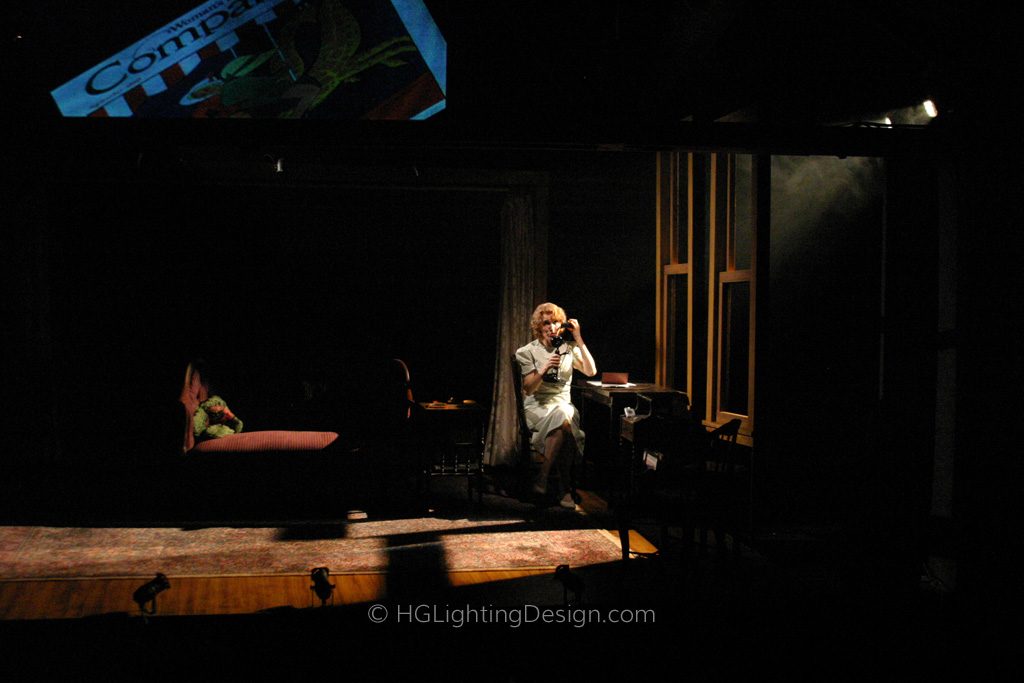 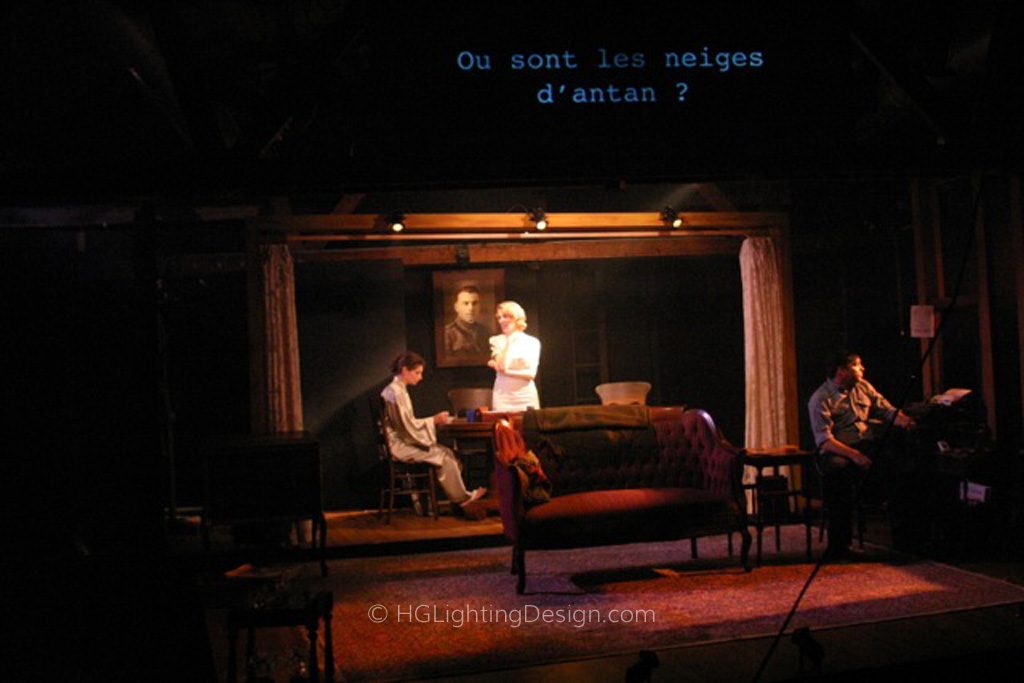 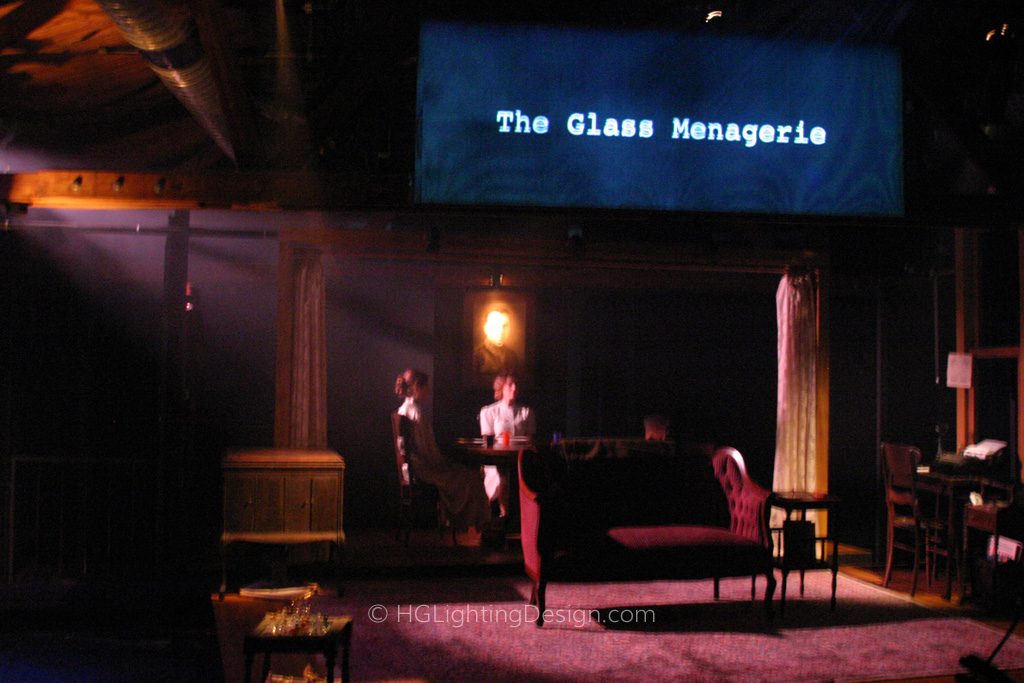 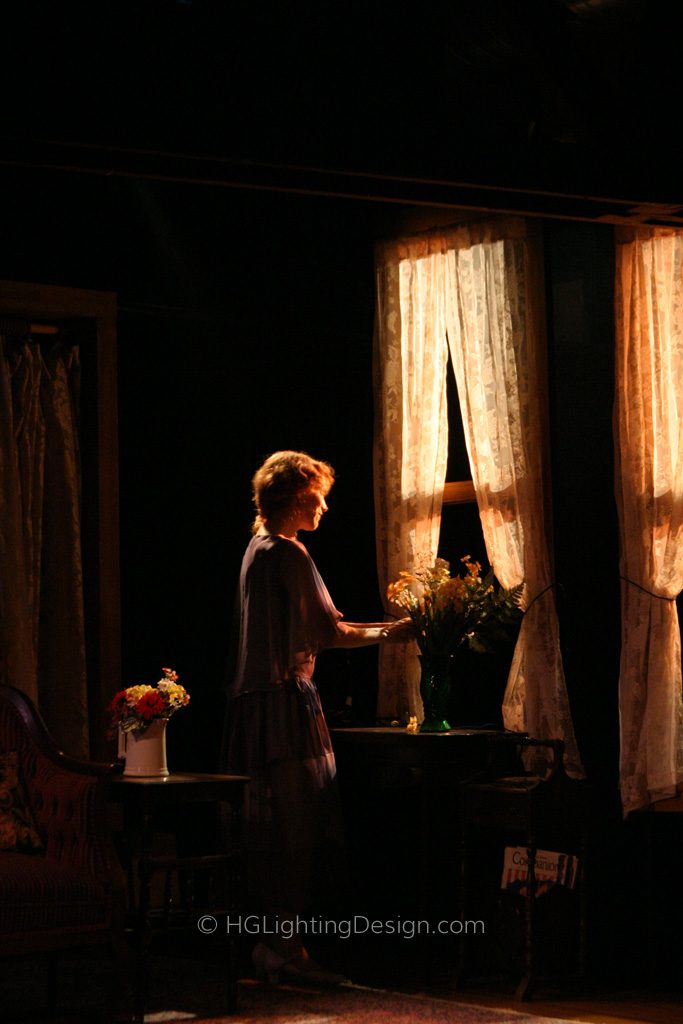