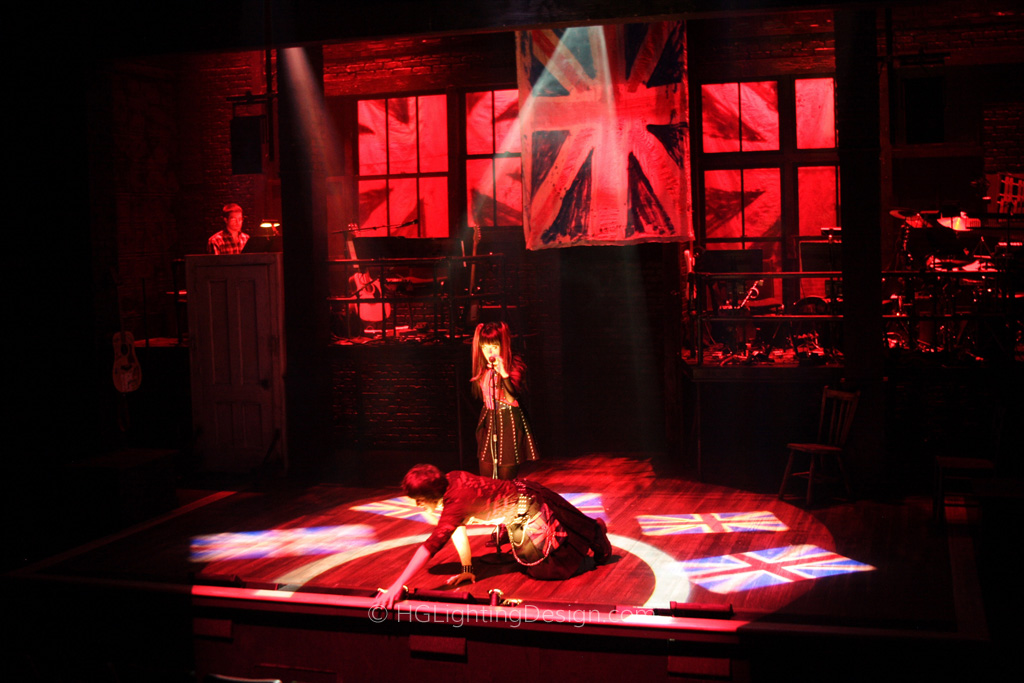 Rooms: A Rock Romance was a 2009 Off-Broadway musical which opened to a slew of good reviews.

This two-character story takes place in dozens of locations across Glasgow, London, and New York. HGLD created these many distinct locations using texture, color temperature, and gobos. With nothing more than light, we sketched in street scenes, homes, and performance spaces – including backstage at CBGB’s.

The show follows the off-and-on romance of Monica and Ian, wannabe rock stars from Glasgow. Monica wants to escape Glasgow and see every room in the universe, while Ian wants only to stay isolated in his own place. We created a feeling of freedom and openness for Monica as she paces her moon-strewn room, bathed in textures that evoke swirling galaxies. Meanwhile we trapped Ian in squares of light that shutter kinetically and keep him isolated. 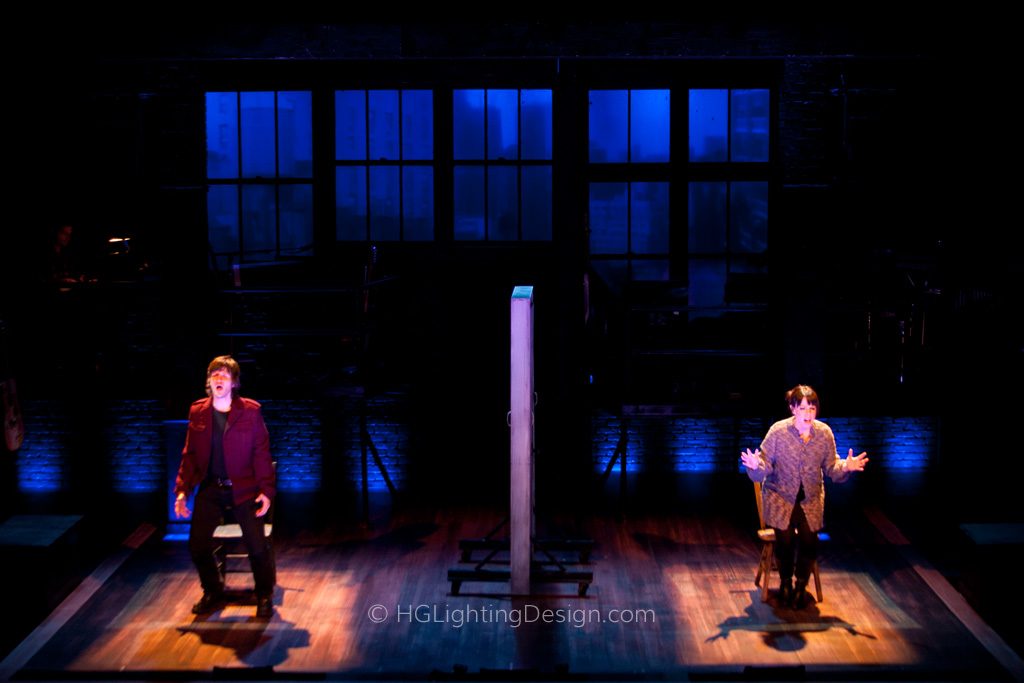 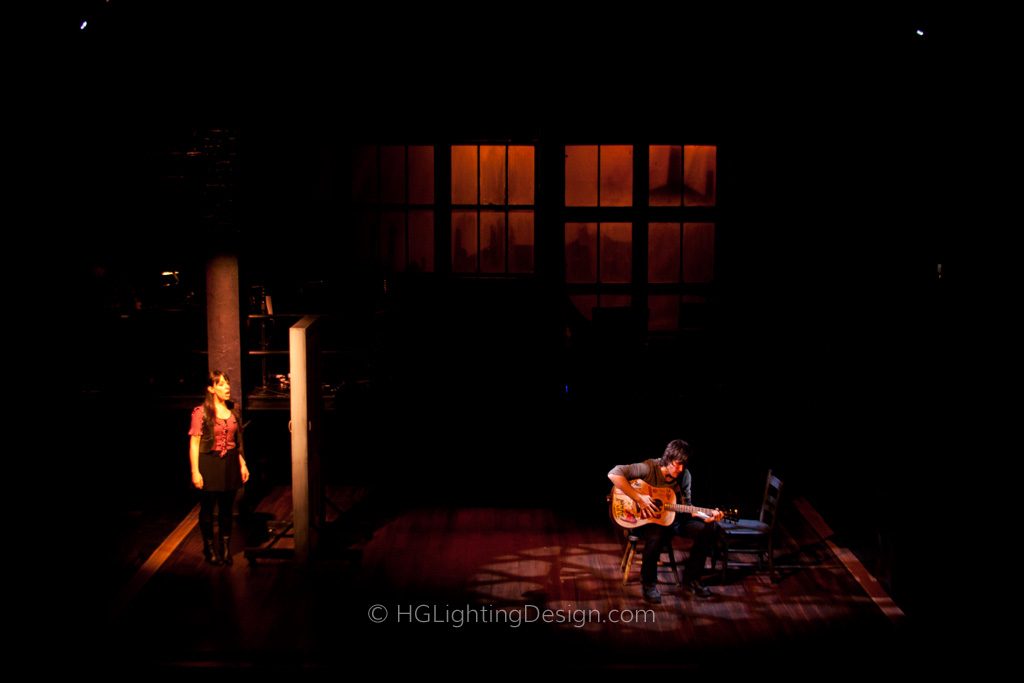 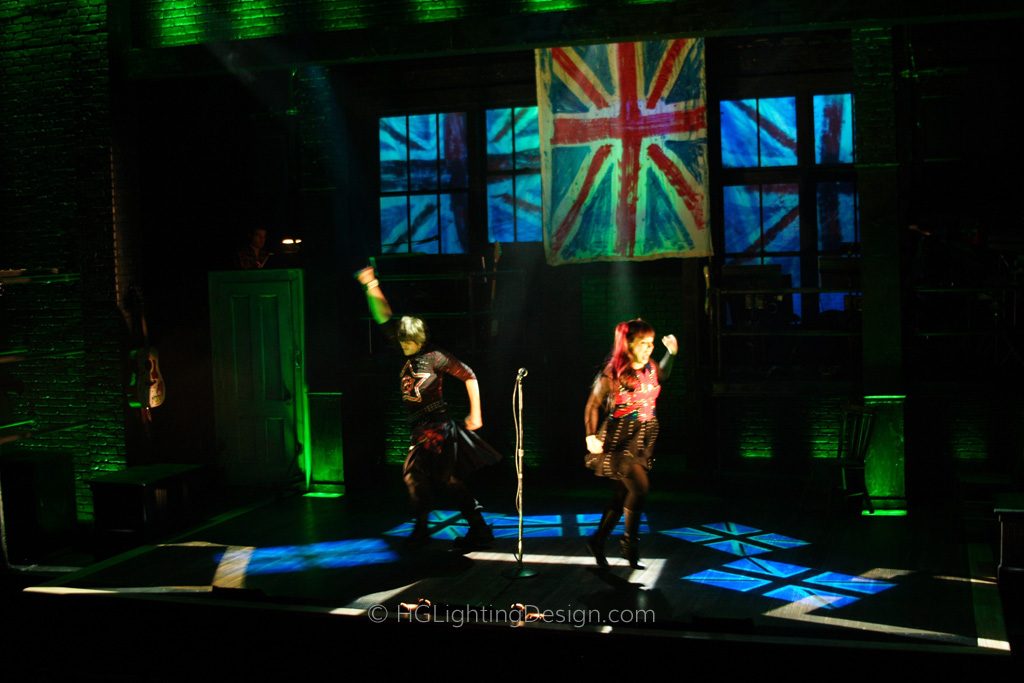 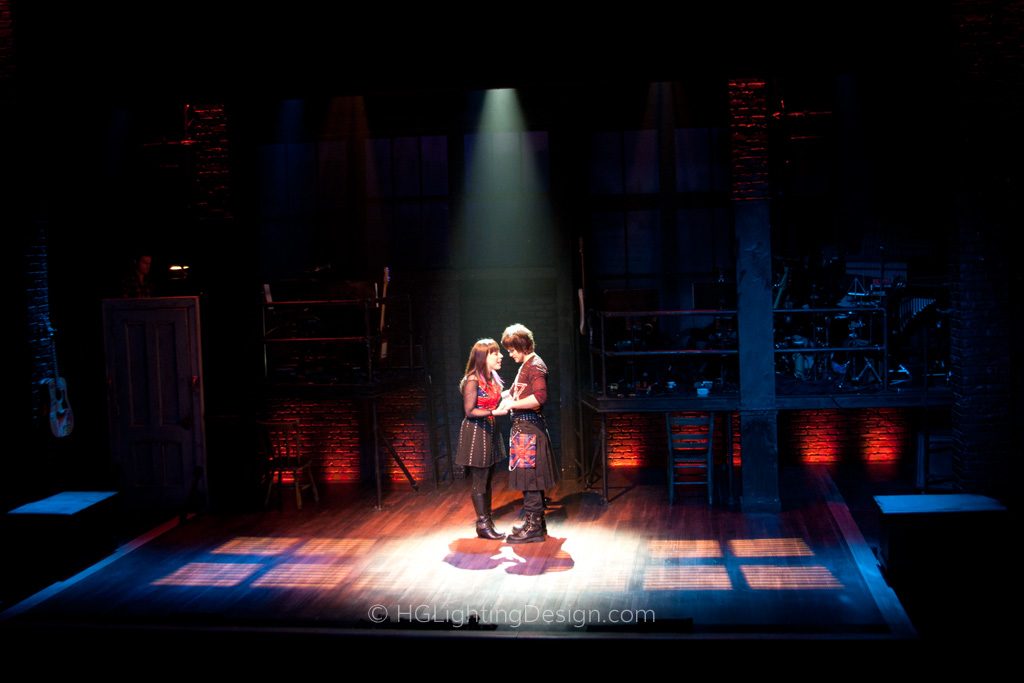 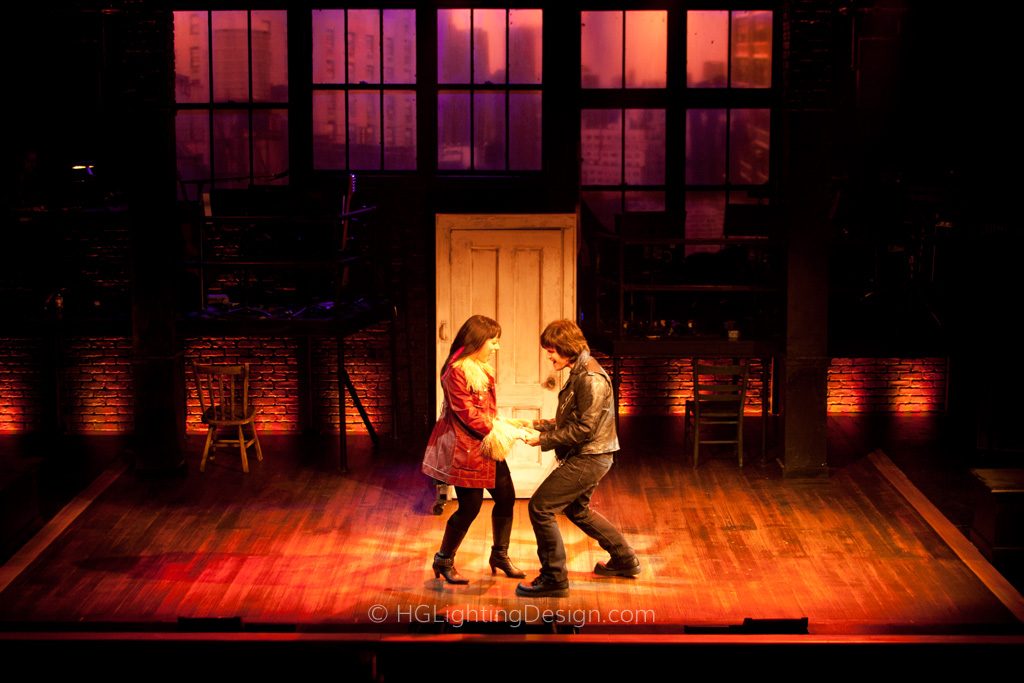 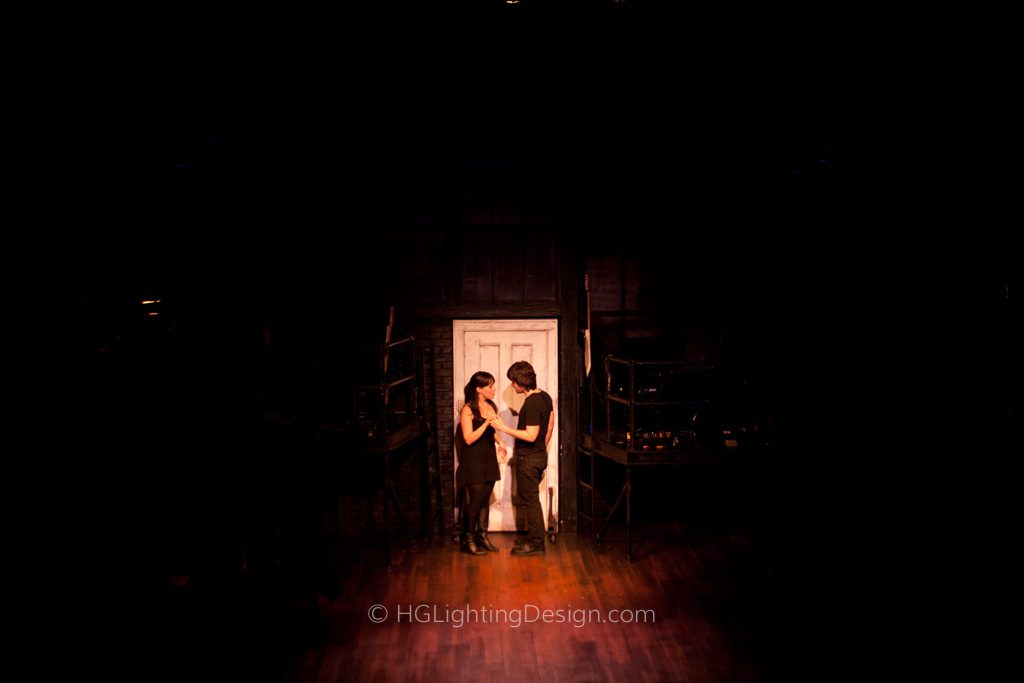 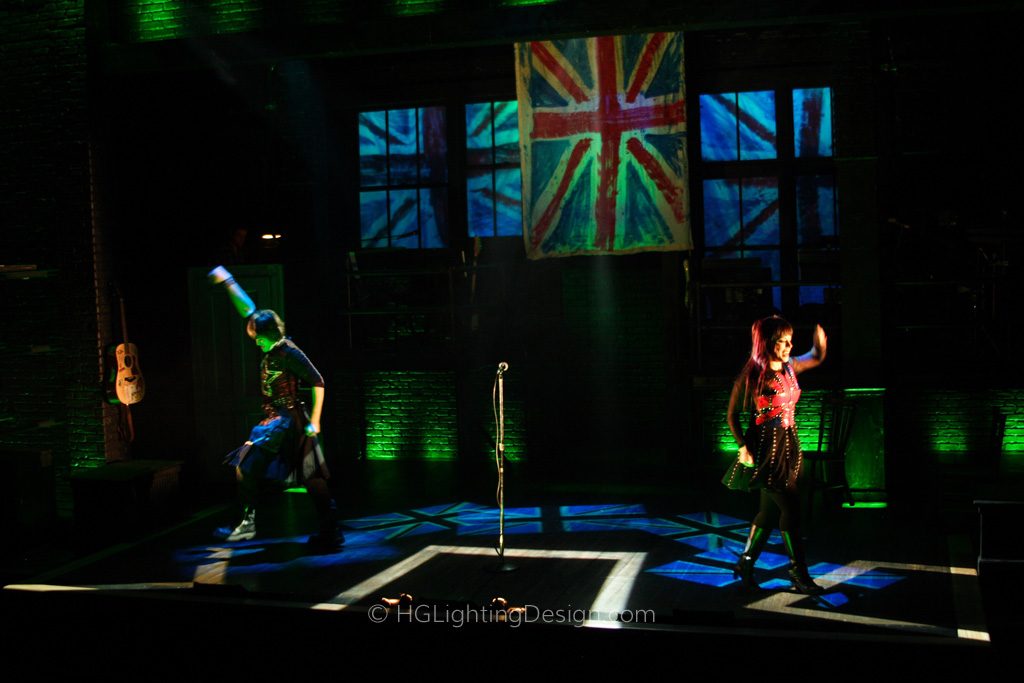 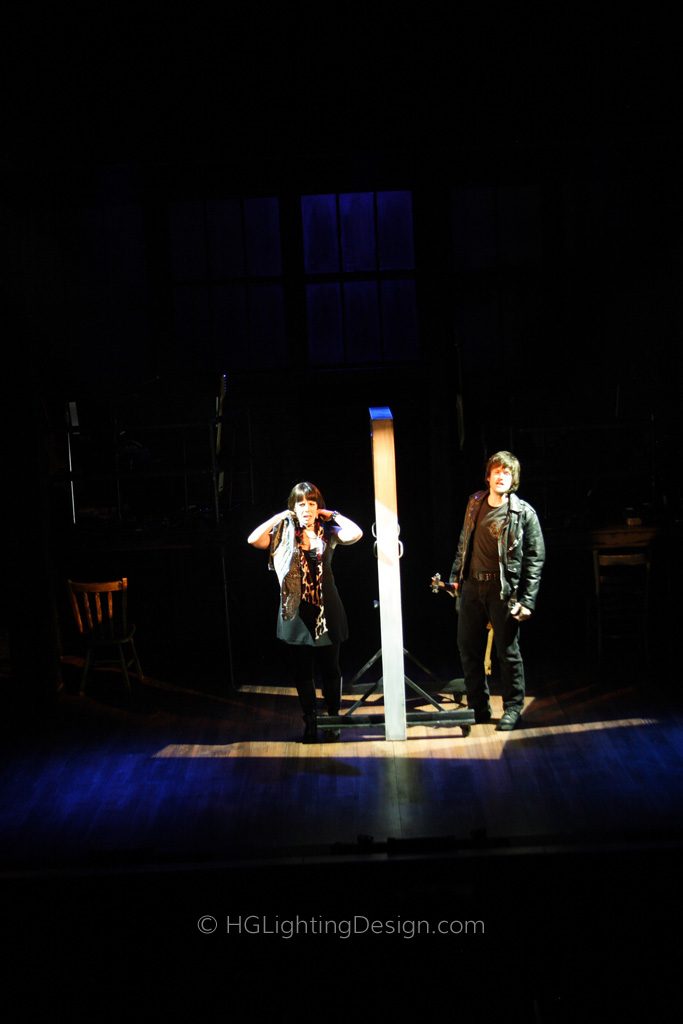 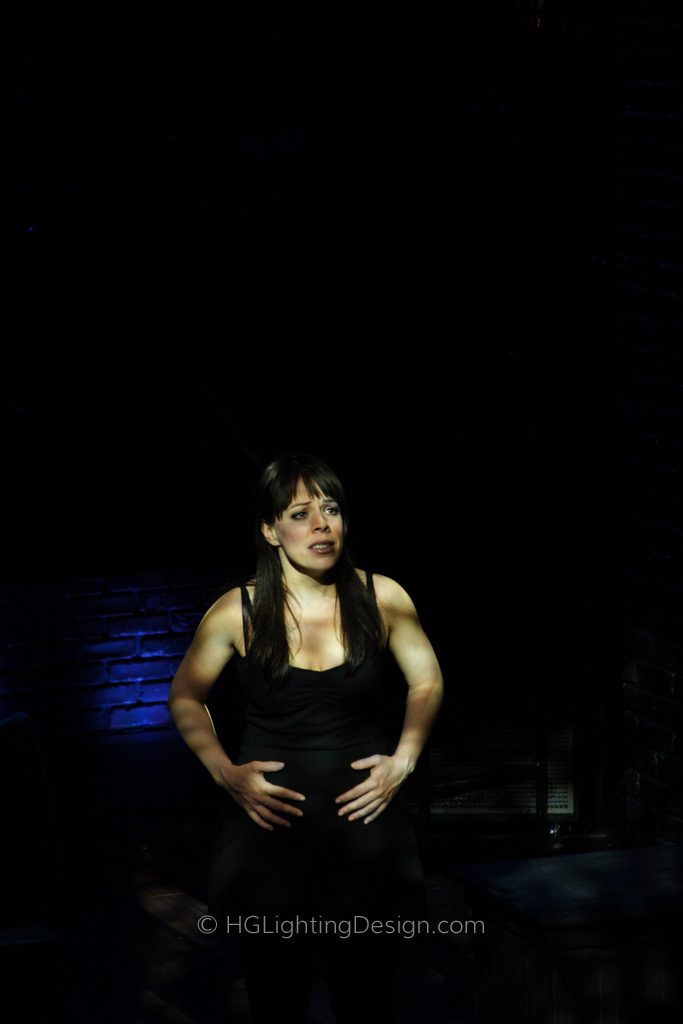